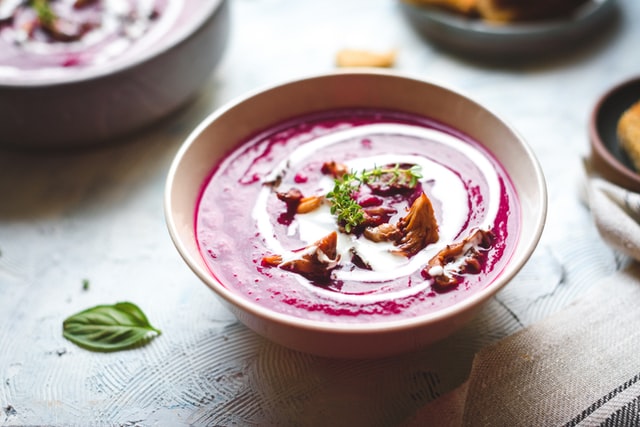 Photo by Anshu A on Unsplash

Once upon a time, Lemsip and Cup-a-Soup were battling each other for the right to advertise themselves as a “hug in a mug.” In May 2013, that was settled by a British trademark adjudicator, who ruled that the two products could co-exist happily with similar slogans because they are sold separately in shops and for different purposes.

I’m not sure what the slogan would be in Ukrainian but their borscht battles are about winning recognition as originators of the famous soup.

The Financial Times’ (FT) recent piece (paywall) on what borscht means to Ukraine features “Ukraine’s Jamie Oliver”, a chef called Ievgen Klopotenko, who has been trying to get Unesco to recognise borscht’s Ukraine-ness. The FT piece says that “for Klopotenko, the question of the Ukrainianness of borscht was ‘the same question of why we are at war’. The Russian claim to borscht was just another example of cultural appropriation.”

Apparently,  even during the ongoing real war, begun by the February 24 invasion of Ukraine,  the Russian foreign ministry has found the time to weigh in on borscht. Just days ago, its spokesperson Maria Zakharova called Ukraine’s refusal to “share” borscht an illustration of its “xenophobia, Nazism, extremism in all its forms”.

Ukrainians, however, see the situation very differently. The FT  quotes two women who are writing a book about borscht: Marianna Dushar, a Fulbright scholar studying food history and sociology in the Ukrainian diaspora in the US, and food writer and researcher Aurora Ogorodnyk who works for Ukraine’s largest supermarket chain.

Ms Dushar declares that Ukraine was “invisible” for centuries, hidden “behind the huge grey shadow of Russia…And now, when we have everyone’s attention, every step we take to help Ukraine to become more visible is important. Borscht is bright, and it’s the right dish to put at the forefront of this effort.”

So there you have it. Borscht. A Ukrainian hug in a mug. 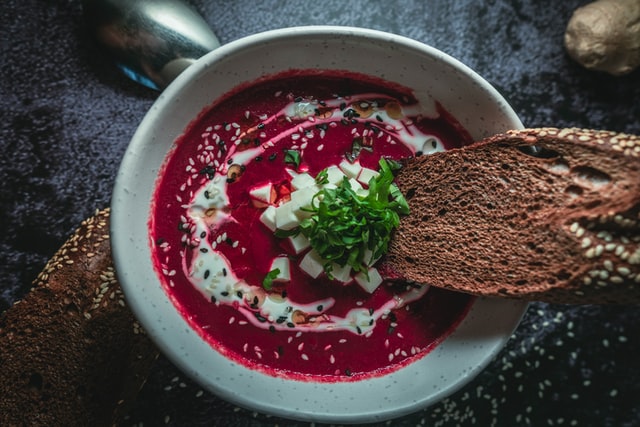