The headline in The Daily Telegraph was stark: “Jane Austen dropped from university’s English course to ‘decolonise the curriculum’”. The story was quickly picked up elsewhere.

Austen had been “cancelled” in favour of Black American Nobel laureate Toni Morrison, reported GB News, the right-wing, opinion-led TV channel that launched last year as a corrective to “woke warriors”. The Daily Mail went with a particularly provocative headline: “No Pride, lots of Prejudice”.

Little heed was paid to the statement issued by the Scottish university at the centre of the row. Denying the “erroneous media reports”, a spokesperson for the University of Stirling said it had “not withdrawn or replaced – nor do we have plans to withdraw or replace – the teaching of Jane Austen from our curriculum”.

But it was too late for the facts – decolonisation was back in the national debate. This time it was a dirty word, despite it being less than two months since the UK government issued controversial guidance declaring the British empire should be taught in schools in “a balanced manner”.

To update Austen’s famous first line from ‘Pride and Prejudice’, it is a truth universally acknowledged that decolonisation is devilishly difficult and wildly contested. The history of the term, however, is not quite as debated as the process. It is thought to have first been used in 1836 by French journalist Henri Fonfrède, in an article on France’s occupation of Algeria. German economist Moritz Julius Bonn is credited with establishing the term as an academic concept around 100 years later.

Until the 1960s, decolonisation was defined as a political phenomenon, but it grew to include everything affected by the colonial experience, whether political, economic, cultural or psychological. In ‘Decolonization A brief history of the word’, published in 2012, American historian Raymond F. Betts notes, “Google on 1 December 2010 listed some 750,000 sites for decolonization”. By 20 April 2022, there were about 11,700,000 results – roughly 11 million more.

How is decolonisation reported in the media?

Decolonisation has become a fashionable, if fraught, aspiration in almost every sector, much beyond politics, literature and museum collections.Here are ten recent examples of when it made the news:

“Decolonising has become a go-to phrase rather than practice,” says Deirdre Osborne, one of three co-authors of ‘This is the Canon: Decolonize Your Bookshelves in 50 Books’. The recently published book, written by Osborne, Joan Anim-Addo and Kadija Sesay, is meant not as a confrontation with the existing canon, but as a way to expand and democratise it. Rather than recommending a mass clear out, say, of the traditional Western literary canon’s three Williams – Shakespeare, Golding and Blake – the authors suggest an alternative selection.

“There is no point ditching the canon,” Anim-Addo tells openDemocracy, “it’s too ingrained in who we are. We can’t pretend that we can make it disappear, but we can have a more realistic idea of the world.”

“I love [Charles Dickens’s] ‘Hard Times’,” Sesay adds. “I would never throw it away.” Instead of junking Dickens, Sesay would like to use the 1854 classic, set in a fictitious Victorian industrial town, as the template for a contemporary African novel. “Perhaps in the deep shaft mines of South Africa or the surface mines of Sierra Leone,” she says.

This gentle knitting together of literary styles and stories across geographies and cultures is typical of the approach taken by the literary trio – two university academics and a writer – to what Osborne calls the “knotty problem” of opening up reading.

To that end, ‘This is the Canon’ is an eclectic reading list disguised as a book. It includes writers and stories from around the world, with a particular focus on three oceanic regions, the Atlantic, Indian and Pacific. Featured writers include African-American Octavia E. Butler, British-Jamaican Andrea Levy, Antiguan-American Jamaica Kincaid, French-Guadeloupean Simone Schwarz-Bart, British-Indian G V Desani, Algerian Assia Djebar, Trinidadian Earl Lovelace and Indigenous Australians Alexis Wright and Tony Birch.

“It’s about putting together the missing bits of literature, the bits of the jigsaw and understanding the entangled lives that we live,” says Anim-Addo, who, together with Osborne, launched the UK’s first Master’s degree in Black British Literature in 2015.

Anim-Addo makes a good point. Our lives are deeply, inextricably entangled, as is fleshed out in ‘Ngunga’s adventures’, an early example of a decolonised children’s story, written by Angolan activist Artur Pestana. In the 1980 book, a 13-year-old orphan gets involved in the Angolan war of liberation from Portuguese rule. The colonists are all portrayed unflatteringly, but so are some Black Angolans. This makes the story more real and complex, says Richard Phillips, a professor of human geography at Sheffield University. Translated into English, the book offered British readers a “anti-Eurocentric understanding of Africa”, Phillips says, “in which Africans speak for themselves, and describe their own land, people and interests”.

In recent decades, similar has been happening with fiction in India and other parts of Asia, as well as in swaths of Africa. In a paper titled ‘Whodunnit in Southern Africa’ for the Africa Research Institute think tank, British academic Ranka Primorac notes the decolonisation of African bookshelves over the years. Agatha Christie, Arthur Conan Doyle, Raymond Chandler, James Hadley Chase and others have increasingly given way to local writers adapting the popular ‘detective story’ form to local cultures.

But is decolonising really as simple as getting British children to read books like ‘Ngunga’s adventures’ or ensuring African readers have their own detective stories? Is it about getting adult readers anywhere to dip into any or all of the 50 novels suggested in ‘This is the Canon’? What about decolonising the mindset? Isn’t that impeded by bigger forces such as geopolitics, the international financial architecture and the way modern markets work?

The authors of ‘This is the Canon’ say “reading habits are fundamentally related to mindsets”. Encouraging readers to go “adventuring” enables them to explore new worlds, encounter a breadth of beliefs and see things from different perspectives. This, the authors argue, helps change mindsets over time.

Small changes can, in small ways, set the agenda, says Anim-Addo. “If people are waiting for the biggest changes to happen then we’re already defeated.” These small changes presumably include replacing the ‘imperial gaze’, that angle of vision assumed by the Europeans in the colonies, when whole continents and their people were rendered featureless for readers.

The decolonisation debate is also about firmly moving on from the ‘post-colonial’ label once applied to literature. “I do not use that term,” says Sesay, because, “it was an imposed label, imposed as if it was a badge of honour, whereas it reinforces the suggestion that those referred to as ‘post-colonial’ still live in colonial conditions, which imposes on people an inferior mentality.” Osborne agrees, adding: “I follow Indigenous author Tony Birch’s view that ‘post-colonialism’ is a luxury only for the academy.”

Increasingly, writers in formerly colonised countries are taking control of the narrative. Two notable recent debuts are Elnathan John’s 2016 novel ‘Born on a Tuesday’ and Jokha Alharthi’s 2019 book ‘Celestial Bodies’. Both reclaim their home territories – northern Nigeria and Oman, respectively – from either incessant disaster reportage or a persistent lack of reportage. John shows that life in the Muslim north of Nigeria is more than Boko Haram’s terrorist atrocities. Alharthi, whose novel won the Man Booker International Prize for literature, paints a vivid picture of unregarded Oman and its people, the struggles against the British and the battle for modernity amidst tradition.

Neither novel features in ‘This is the Canon’ but, then, the trio of authors never said it was the last word – or even the canon. The title, says Anim-Addo, was merely meant “to provoke a debate about what a canon is”.

When the earliest critical study of decolonisation – Martiniquan author Frantz Fanon’s ‘The wretched of the Earth’ – was published in 1961, a review in American magazine Time said: “This is not so much a book as a stone thrown against the windows of the West.” As the debate over decolonisation – of bookshelves and everything else – continues, this latest suggestion for a new literary canon is not a stone, but perhaps a gentle hosepipe focused on smeary Western windows. 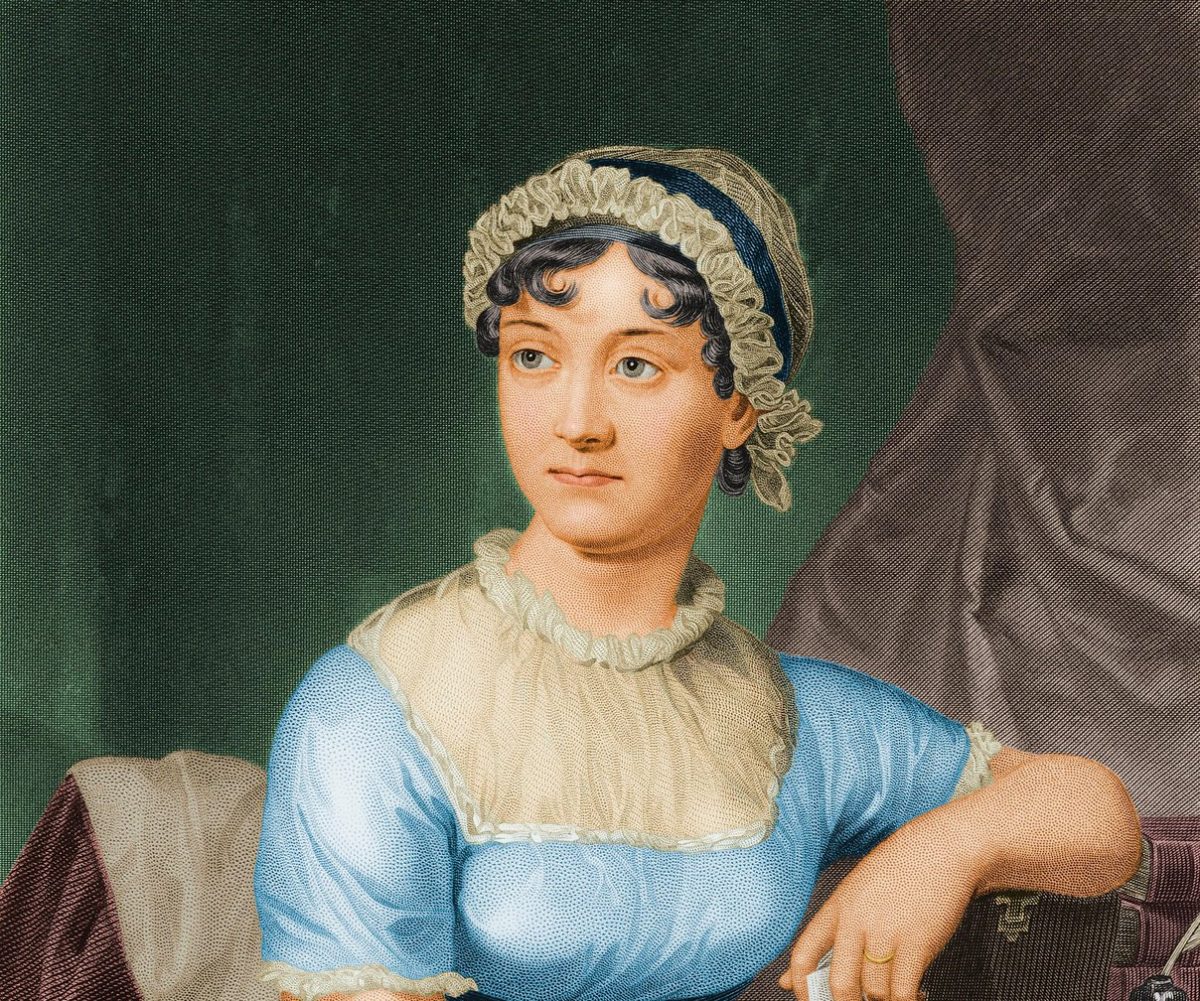