My Gandhi cushion, in the pop art style, was designed in a workshop owned by a friend in Delhi. The purchase was a gesture of affection and support. It’s an enormous cushion, meant to be used as a seat on the floor but it is always (reverently) positioned on a window seat. I recoil from the thought of sitting on the Mahatma’s face or allowing anyone to do so.

So too the thought of drinking tea out of a Gandhi mug.

It is a dispiriting sight, all the mugs and other Gandhi merchandise on sale at the international airport in Delhi perhaps because the Mahatma’s role in ‘new India’ is not about his message but his brand. 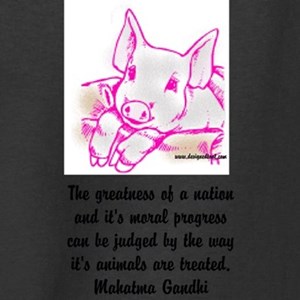 The Gandhi quote T-shirt from cafepress.com is priced at $24.99. It's described as follows: 'A pretty pink pig with a quote from Mahatma Gandhi'

As historian Ram Guha, who has written several books on the icon of the Indian independence movement, has noted, “Gandhi remains, to use the contemporary argot, the Indian ‘brand’ most visible and most appreciated around the world.”

Mr Guha adds, in reference to India’s Hindu nationalist BJP government, led by Narendra Modi: “A prime minister whose party cannot number a single Muslim among its 300-odd Lok Sabha MPs, and whose government passes a raft of discriminatory legislations stigmatising Muslims, practises a politics that Gandhi, the prophet of inter-faith harmony, abhorred and opposed all his life. A man who has so extravagantly embroidered his personal history, whose regime systematically doctors statistics with regard to economics, health and all else, is worlds removed from the person who sought to live by the credo ‘Satyameva Jayate’, truth shall prevail.”

Unlike the new Mandela boutique hotel, Gandhi’s Rajkot home has not become a ‘Mahatma Residence’ or some such.

Even so, throughout the decades of India’s life as an independent country, successive governments have, at least, tried to preserve items and suchlike to do with the Mahatma. Unlike the new Mandela boutique hotel, Gandhi’s Rajkot home has not become a ‘Mahatma Residence’ or some such. Instead, the story of young Gandhi’s life – he lived there for 15 years from age seven – is told in the ‘Kaba Gandhi no Delo’ museum, which has been created in his old home.

That does seem rather more seemly than Sanctuary Mandela.

We’ll next look at Diana tat and the lengths to which one must go to ensure iconic people are not posthumously cheapened. 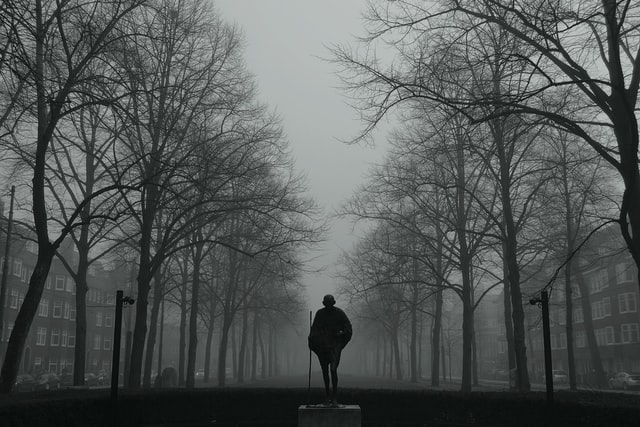