America’s guns story: ‘Anyone with an IQ higher than a mango’s can pass safety class’

The story of guns in America is absurd, but not in the sense of being laughable or goofy. It is ridiculously sad, troubling in its ludicrousness.

One of the most powerful – and painful – bits of commentary on the subject comes from by Graeme Wood of The Atlantic. A gun enthusiast, he is resident in  Connecticut, the state where 20 children and six adults were killed by a gunman at Sandy Hook Elementary School almost a decade ago.

Mr Wood has written about how easy it is to legally get a gun in Connecticut. After no more than a daylong class on guns and gun safety, Mr Wood was good to go about procuring a lethal weapon.

The class itself was ridiculously easy. Anyone, he wrote, “with an IQ higher than a mango’s could pass”. The instruction itself cost roughly $75. Police would subsequently issue Mr Wood a gun carry permit.

So long as the Connecticut applicant is not registered as a criminal or psychiatric case, and is lawfully resident in the United States, they can fully expect to own a gun. That’s the case even in Connecticut, which suffered so grievously when Sandy Hook occurred.

Mr Wood offers a discouraging fragment from his conversation with his gun safety instructor, a man who had worked for decades in fire and law enforcement. Asked if the police might baulk at issuing a gun carry permit if the applicant appeared crazy, the instructor was vehement: “You could go in wearing your underpants on the outside and it wouldn’t matter.”

Truly, the story of guns in America is ridiculously sad.

From Columbine High to Robb Elementary School: NRA and the brutalisation of America

America used to care about national security…its own

Knees, guns and votes: US race relations in 3 words

Buy a gun at Walmart but not a bottle of wine 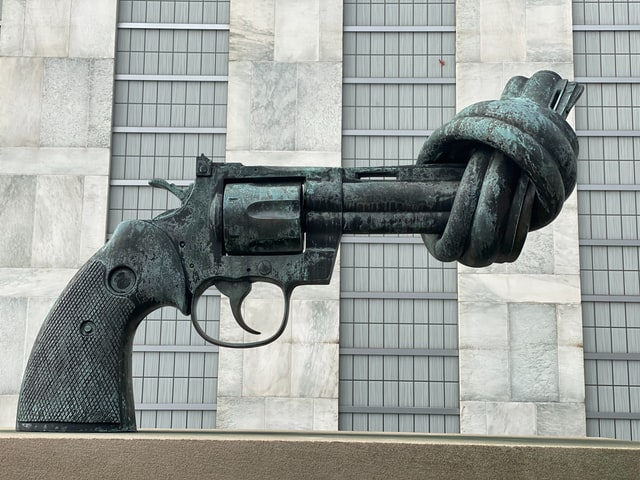