Setting women free is about a myriad things – control of one’s body, of course, but also control of the environment.

And few people have had more impact on women’s lack of control of their environment than the Swiss-born French architect Le Corbusier.

In India, Le Corbusier’s name is often mentioned with pride because he designed Chandigarh but I’ve never heard anyone talk about Le Corbusier’s outsize impact on women’s place in urban environments.

But we should talk about it. Le Corbusier was responsible for conditioning – in a gender-biased way – how we all experience cities.

Some 80 years ago, Le Corbusier devised the Modulor system, an anthropometric scale of proportions, which continues to be used to establish the standard height of elevator buttons and the distance between steps on staircases. It was initially based on the height of a 1.75-metre man with his arm raised and later changed to 1.83 metre because “in English detective novels, the good-looking men, such as policemen, are always six feet tall!”.

That’s what the Modulor system considered human beings’ standard height to be. It paid no heed to the reality that women (who are shorter and even in Europe are on average 1.67 metre tall) constituted half the population and also needed to access urban amenities.

So, for nearly a century, women have been forced to live in cities that are ever so slightly proportioned wrong.

There are some attempts now to correct that, something we will explore next. 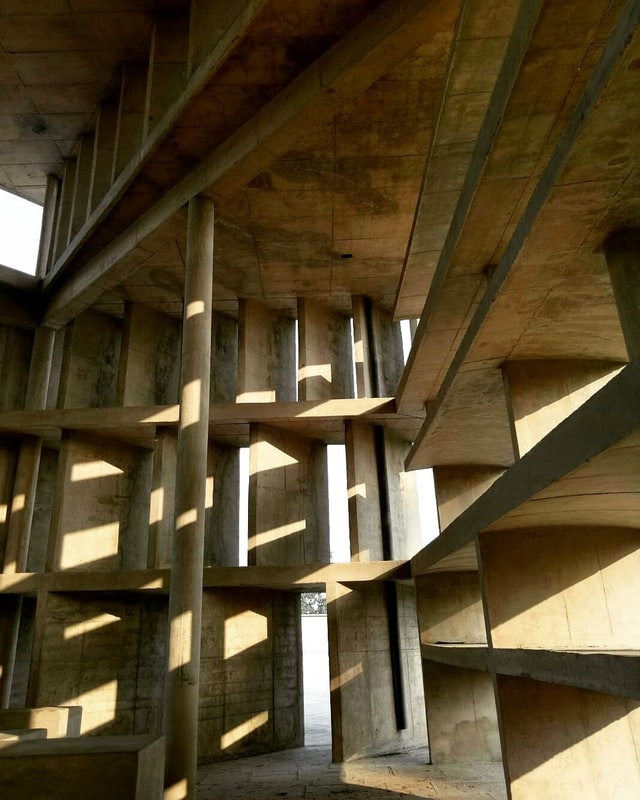