Vanuatu: life in the world’s most climate-endangered country

The tiny island nation of Vanuatu, 1,800 kilometres east of Australia, is at the front line of the fight against climate change. This low-lying chain of 80 islands strung across the ocean, with a population of just under 300,000, is the world’s most at-risk country for natural disasters, as measured by the UN World Risk Report 2021.

The report, published annually since 2011 and covering 181 countries, increasingly determines a country’s risk profile by sea-level rise. By this metric, Vanuatu is the country most affected by the climate crisis.

Climate change and impending environmental disaster isn’t really news, of course. The real story emerging from the region is Vanuatu’s declaration of a “climate emergency” on 28 May and its push for international climate justice protected by international law.

Vanuatu’s initiative is groundbreaking. It is seeking an advisory opinion from the International Court of Justice (ICJ), the principal judicial organ of the United Nations, on the rights of present and future generations to be protected from climate change. In order to get an ICJ opinion, Vanuatu needs to secure at least 97 votes at the UN General Assembly in September.

ICJ opinions are non-binding, but would have moral authority, say experts and could help shape international law on climate change. International legal scholars and practitioners discussed Vanuatu’s campaign at a special conference in The Hague in June. It is one of the first such high-profile events organised by the Pacific firm Blue Ocean Law, which Vanuatu has engaged for the campaign.

Clearly, the stakes are high for Vanuatu. In the words of the country’s prime minister, Bob Loughman, “Across small islands in the Caribbean and the Pacific, we are already seeing higher and stormier seas, ocean heatwaves and acidifying seas lethal to marine life, and storms strong enough to wipe out an island’s entire agricultural production.”

It sounds pretty dire – but what does a looming climate emergency really look and feel like? openDemocracy spoke to some Vanuatu residents about the effects of climate change on their island home.

‘My neighbour’s yard could pass for a pond’

Romabeth Siri belongs to the Pacific Islands Students Fighting Climate Change, which is campaigning for the ICJ opinion on climate change and human rights issues. She finished her law degree at the University of the South Pacific in 2021.

“The months of November to April are considered our cyclone season, but this year has been especially difficult as we’re simultaneously experiencing El Niño, a tropical depression of prolonged rainfall. In January, we experienced our first cyclone. My suburb, Bladiniere Estate [on the outskirts of Vanuatu’s capital, Port Vila], was hit badly. Roads were destroyed, houses flooded and a build-up of stagnant water waterlogged the yards of churches, our local market and our school.

“I was interning at the public prosecutor’s office, so every morning I trekked through stagnant pools of water and mud, just to find transport to get to work. In the evenings, my verandah was full of mosquitoes since all the water surrounding us was the perfect breeding ground for them.

“Our government has been financially stretched [because of the pandemic], so local residents fundraised to reconstruct our destroyed roads. Ironically, a few weeks later we had another cyclone (Gina). Still waterlogged from the torrential rains, houses were flooded again and even our airport runway was flooded – that’s never happened before. The water rose so quickly we had to break holes through our gate just to let it out.

“Once the storm had subsided, we spent the rest of the day mopping up the pools of water that had seeped through our walls. My neighbour’s yard is flooded to the point of frogs relocating there – it could pass for a makeshift pond.

“The situation was exacerbated during lockdown – people couldn’t make ends meet and public services couldn’t respond to disaster sites due to the restrictions. Many residents have had to rebuild badly damaged public roads themselves or redirect waterways to prevent further flooding.

There have been pleas for more reliance on green energy, but we don’t yet have the infrastructure, technical expertise or money to achieve this

“I lived through the aftermath of Cyclone Pam – a category 5 cyclone. [5 is the highest category for tropical cyclones, deemed ‘catastrophic’. Regarded as one of the worst natural disasters in Vanuatu’s history, Pam ripped through the country in 2015.] But the current rate of recovery has been exceedingly slow. Our main source of electricity is petrol, so the recent spikes have caused most households to reduce their electricity consumption. There have been pleas for more reliance on green energy, but we don’t yet have the infrastructure, technical expertise or money to achieve this.

“A lot of our skilled workers have left to pick fruit in Australia and New Zealand. The money they send back has helped to keep a lot of families afloat, despite the shortage of jobs. But these workers often possess essential skills needed for recovery, such as carpentry, construction and road maintenance.

“Moreover, our country is reliant on imports. The increase of shipping costs means the cost of goods has increased as well. The Department of Agriculture has actively advocated for backyard gardening to help citizens reduce their grocery expenditure. This initiative has really emphasised the appreciation for gardening and being environmentally conscious. In essence, we’re trying our best to adapt to our circumstances with whatever available means we have.”

Gilbert Fries, from Luxembourg, has run a hotel and restaurant on Espiritu Santo for six years. This is one of Vanuatu’s largest islands, where James A. Michener wrote ‘Tales of the South Pacific’ (1947).

“I notice even slight changes in the coastline, but in the last two years the changes have become strikingly severe. In July 2019, the ever-rising flood destroyed one of our buildings on the beach and washed away thousands of tonnes of sand, never to be seen again. So yes, I’m directly and immediately affected and the water is not yet at my back, but it’s already rising around my feet.

“By May 2022, the waterline had moved inland by more than 1.5 metres and the beach had caved in by a total of more than 60 centimetres, so thousands of tonnes more material and sand have been washed away. Each flooding or spilling over also salinated the hinterland and destroyed vegetables and orchards.

“Although there have been slight droughts in recent years, there is still sufficient rainfall for agriculture and water supply. But we have also experienced considerable coral bleaching, as is the case in the Great Barrier Reef.

“My adopted country is a paradise. I see no reason to leave it unless I’m driven out.”

‘Cemeteries are giving up their bones’

Willy Missack is technical advisor to the Vanuatu Climate Action Network. Set up in 2012, it links more than 70 organisations including government agencies, faith-based groups and academics. He is studying for a PhD at Te Herenga Waka Victoria University of Wellington.

“I’m 32 years old and I can see the effects of climate change in Vanuatu. I’ve seen cemeteries taken away by the sea. In one, on Pele island, north of Efate island [home to Port Vila], I saw bones. I asked the local community why this is happening, but they said they did not know. Ten years ago, they had a nice beach, now the sea has taken over. In a short period of time, people are losing their culture. Hearts are breaking. Where your ancestors were is where you have a feeling of belonging. People are very sad. It’s a taboo to disturb cemeteries and rip out a bit of your cultural heritage.

“I knew that Vanuatu would be declaring a climate emergency because I’ve been working on it. Civil society and the government are working together on several issues at all levels, from grassroots to policy-making. This is a unique and meaningful engagement, and we presented this model of collaboration at COP23 [the UN climate change conference in Bonn] in 2017.

“This collaboration has helped policy development that reflects reality on the ground; for example, Vanuatu’s 2016 climate change and disaster risk reduction policy. It has allowed for the setting up of conservation areas, as well as community disaster and climate change committees – more than 50 across the nation’s six provinces and islands.

“The UN World Risk Report said that Vanuatu was the most at-risk country in the world in 2021. We are now seeking an advisory opinion from the International Court of Justice on climate change issues in relation to human rights. We are speaking to countries in the Pacific and across the globe to enhance understanding. We are trying to agree on a way forward [that reflects Pacific nations’ priorities] and are reaching out to the African Union, the European Union and heads of Commonwealth countries. We are not seeking monetary compensation, but to work together on the issue.” 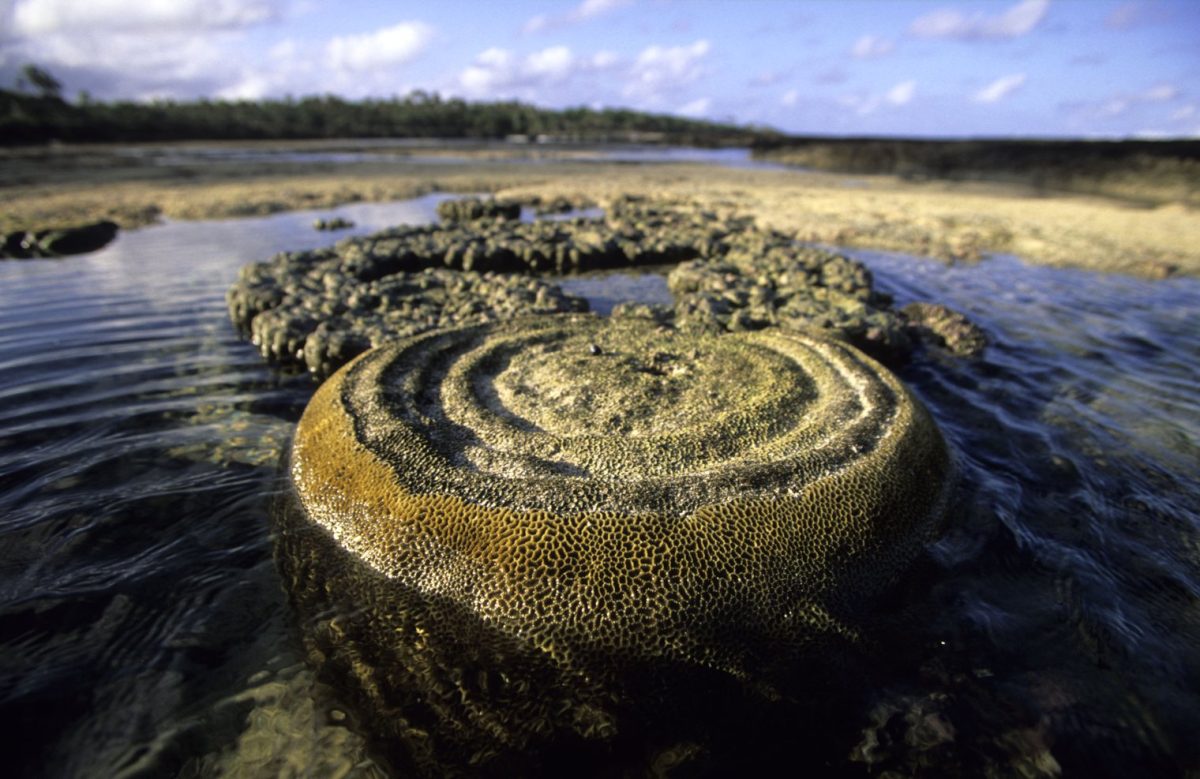