A columnist recently noted that “in the end, Boris Johnson’s government resembled a Ponzi scheme running out of investors”.

Mr Johnson’s balance sheet is stark. It can be summed up in three letters: BSI.

It’s fair to say that the 2016 Brexit referendum was won because of Boris Johnson. It’s also fair to say he was the reason the physical and legal reality of Brexit came to pass, with all the economic, political and reputational problems it brought for Britain.

And finally, it is eminently fair to note that Mr Johnson’s single-issue politics of Brexit has made Britain a curiosity on the world stage. From a former imperial power with a reputation for steadiness, canniness and flair, Britain is now seen as a mussy-haired wannabe – a small island nation with pretensions to grandeur, a way with words and a somewhat slippery sense of propriety.

In sum, in the past five years, the character and behaviour of Boris Johnson has started to define Britain – for the worse. There is a sense of a country that is packaging and re-packaging shop worn goods with a sales pitch that runs to superlatives.

As prime minister, Mr Johnson epitomised this apparent mendacity. We’ll next look at some specifics, particularly to do with the economy. 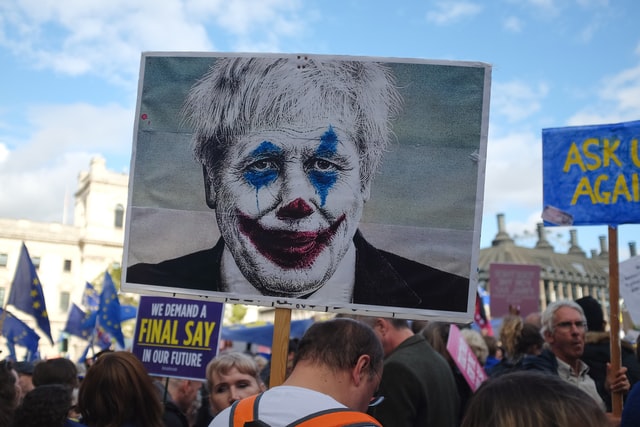