What links Tunisia’s constitutional referendum and Brexit? Both sell a big lie

Tunisia’s vote to restrict democracy is like Brexit’s claim to make the UK richer. Both referendums sell the big lie.

Today (Monday, July 25), Tunisia votes in a referendum that will change its constitution.

Both will mean a profound change and not for the good.

Like the Brexit referendum, Tunisia’s vote on a new constitution does not set a high bar or any minimum participation percentage in order to be binding. But the people will have spoken and the result will have to be respected, no matter what.

Like the Brexit referendum, Tunisia’s vote is sold as one thing, but will do the opposite.

Brexit was supposed to make Britain more “global” and richer (by fantastical new trade deals and supposedly keeping hundreds of millions of pounds within Britain rather than giving them to the European Union!)

That 2014 constitution was painstakingly agreed by Tunisia’s legislature with public consultation, over a period of several years after the 2011 uprising that forced the brutal dictatorial Ben Ali regime to flee. The new constitution has been cobbled together behind closed doors and basically enshrines the president as a king-for-life figure, without oversight, any method by which he can be removed or indeed, term limits.

The point to consider is why Tunisians seem so willing to give up their painfully acquired democratic freedoms. It points to the failure to rack up the democratic dividend for ordinary people in the tumultuous decade since Tunisia overthrew its long-ruling dictator. 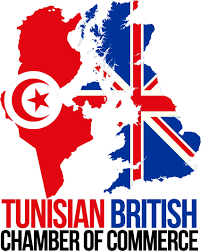