At 75, India and Pakistan look more and more like each other

In 75 years as independent countries, India and Pakistan have become more alike than seemed likely when they were born in mid-August 1947, a few hours apart.

Back then, India and Pakistan seemed like mirror images of each other, with their respective Hindu and Muslim majorities. Despite a shared back story, they had very different hopes for the future, but the gap between their aspirations has narrowed over the intervening decades.

Pakistan was founded as a homeland for south Asia’s Muslims but, despite the efforts of a succession of leaders – as well as an Islamising military dictator – has remained an Islamic republic rather than a full-blown theocracy. Meanwhile, India, which started out as an inclusive, secular country, has steadily moved towards Hindu majoritarianism.

Now, faith drives politics in both of these nuclear-armed neighbours, and their dismal fraternal similarities are more obvious than before.

The growing likeness has struck others, not least Salman Rushdie, whose acclaimed allegorical novel ‘Midnight’s Children’ (1981) centred on India and Pakistan’s inextricably linked fates. At a seminar at Brown University in the US last November, Rushdie noted that in these past seven decades, neither country had fared well.

“I used to think that India had got things right to a degree that Pakistan had not,” said Rushdie. “I find it hard to believe that any more – not because of the improvement of Pakistan, but because of the deterioration of India.”

He has a point. The 2022 edition of the Bertelsmann Transformation Index (BTI) – which compares transformation processes towards democracy in 137 countries – puts India in the category of “defective democracies” and Pakistan on the list of “hard-line autocracies”.

Indeed, the fundamentals of Pakistan’s democratic structure have remained dispiritingly unchanged for decades. Political success depends on support from the powerful military, with the generals serving as “both usurpers and law-givers”, in the phrase of a Pakistani analyst.

Religious groups also enjoy considerable power, with BTI’s Pakistan country report noting the importance of “powerful religious parties and political movements in Pakistan, with many of these assuming a more violent and extremist orientation in recent years”.

India’s “deterioration” (to use Rushdie’s word) is starkly apparent eight years after the rise to power of the Hindu nationalist Bharatiya Janata Party (BJP), led by Narendra Modi. The party won a “crushing victory” in 2014 – the best result for a single party in 30 years. The BJP was re-elected by a landslide in 2019.

As in Pakistan, religious groups have grown in influence in India, especially the BJP’s nationalist paramilitary progenitor, the Rashtriya Swayamsevak Sangh (RSS), which celebrates its centenary in 2025.

The BTI 2022 country report on India says the RSS is expanding “its presence all over the country”, with a possible membership of seven million and control of many other organisations including “India’s largest trade union, the Bharatiya Mazdoor Sangh, with over 10 million members, as well as 12,000 schools and nearly 1,000 NGOs”.

As in Pakistan, religious groups have grown in influence in India

In Pakistan – which literally means ‘land of the pure’ – the state has consistently relied on Islam as a legitimising ideology. Little has changed in 75 years.

The 1973 constitution, which the country follows today, defined Pakistan as an Islamic republic whose laws must be enacted in accordance with the Sharia (Islamic law). Non-Muslims are not allowed to become president or prime minister.

A 1974 constitutional amendment, prompted by demands from religious groups, declared members of the Ahmadi sect to be non-Muslims, which has resulted in their ongoing persecution and political marginalisation.

The vast majority (up to 90%) of Pakistan’s Muslims are Sunni. The country’s blasphemy laws – which say that blasphemy against Islam is punishable by death – are increasingly used against Muslim minorities such as Ahmadis and Shias.

UN human rights experts called for the protection of minorities after a slew of extra-judicial killings in 2014 of alleged blasphemers by religious extremists. In 2020, the Human Rights Commission of Pakistan (an independent non-profit) expressed grave concern at the “surge in blasphemy cases being registered against sectarian and religious minorities”.

The consequences of being accused of blasphemy, as the NGO International Commission of Jurists said in a 2015 report, are often “persecution” and vigilante justice “before the legal system kicks in”.

This suggests a striking similarity to the situation across the border in India, where ‘cow lynchings’ are common and bulldozers deployed at will.

That said, India, which has had several Muslim presidents, can at least claim it does not prevent religious minorities from holding high office. But then in India, unlike Pakistan, the president is only a figurehead, someone with no real authority. Like the word ‘secular’ in the Indian constitution, a Muslim president in India may be increasingly seen as symbolically significant rather than defining the nation.

Clearly, that message didn’t have a lasting effect on Pakistan, and now, it seems, India too is having trouble keeping time to the secular mantra that accompanied its birth. 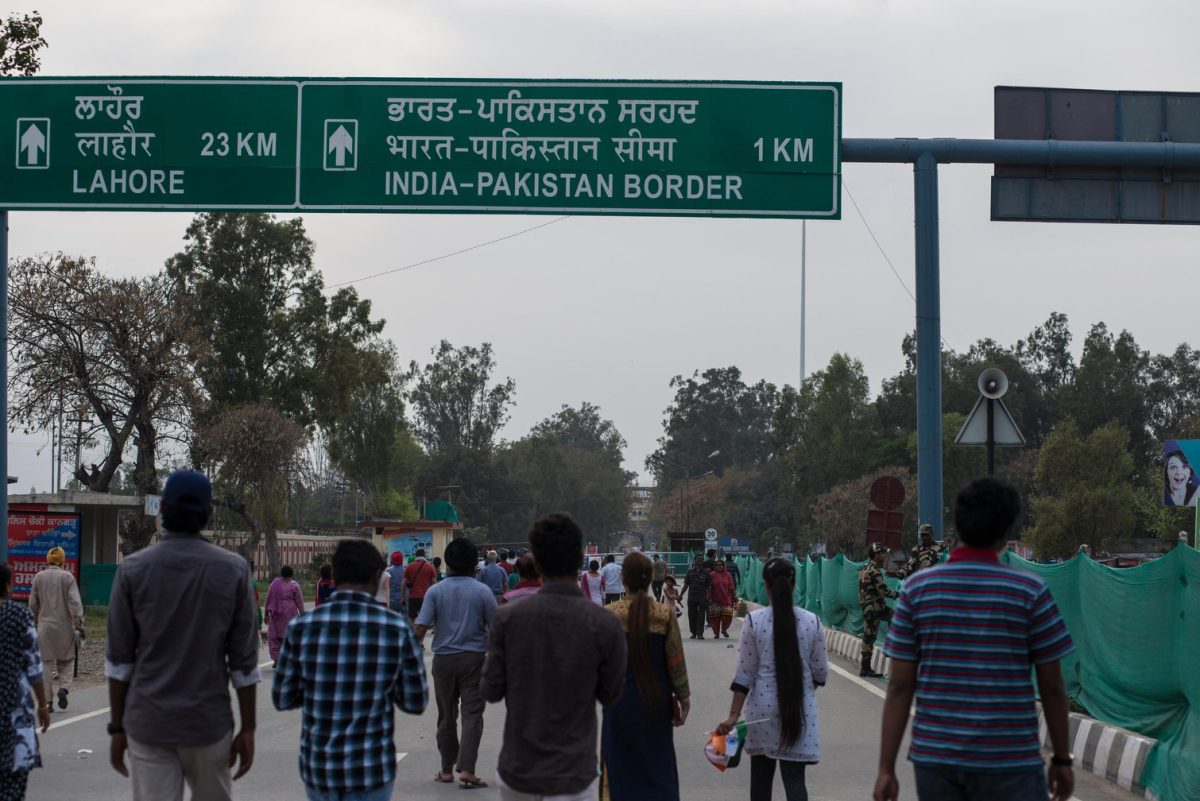