The plainsfolk who drive commerce in hilly Landour

Landour is high up in the hills of north India and it’s built on the commercial drive of folk from way down in the plains.

This becomes apparent as soon as you engage with the clutch of hardy burghers engaged in commerce in Landour.

Mr Garg says his store, which bears the tagline “think global, buy local”, goes back to the time of his father’s grandfather. The store dates to 1872. That’s when Munshi Mull Radhey Lal travelled up to the Garhwal hills to make his fortune. At the time, Landour and Mussoorie were relatively new hill stations, which is to say picturesque mountain-top towns established by the British colonial army and administrators as a way to beat the heat. It’s not clear if Mr Garg’s ancestor did, in fact, make a fortune but he certainly made a living. He served as grocer to the nuns who worked in the hospital, his little store a reliable repository of dry goods for the kitchen, as well as other necessaries.

Today, Green Life Bazar has expanded its inventory. It sells groceries, tourist kitsch, pickle, preserves and sustainably made handicrafts. Mr Garg says his 19th century ancestor would be proud to see the shop today. “Expansion tho karna hi parta hai, Munshi khush hote (one has to expand and the Munshi would be happy)”.

Over at the Tip Top Tea Shop, Vipin Prakash expands on the continuity it represents. “Fifth generation here,” he says, expertly flipping an omelette. He points to his 24-year-old son, who stood near the kitchen, back turned to us. “He wants to work in the tea shop,” he says, admitting the unusual nature of so consequential a decision by a young man. It’s not for my daughter, he adds, explaining that she has embarked on a much different life trajectory in Gurgaon. 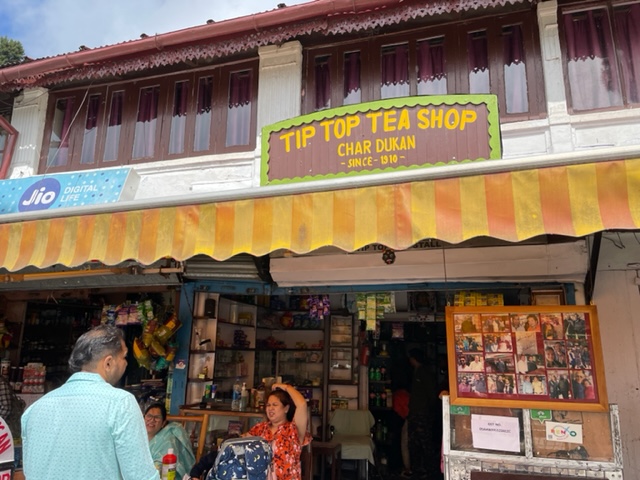 Four generations of Mr Prakash’s family have made Landour their home and their business. His grandfather’s grandfather, as well as that of Mr Garg left the fierce heat of the northern Indian plains for the cool of the Garhwal Himalayas.

Both came from Muzaffarnagar, a dusty city in the state of Uttar Pradesh. 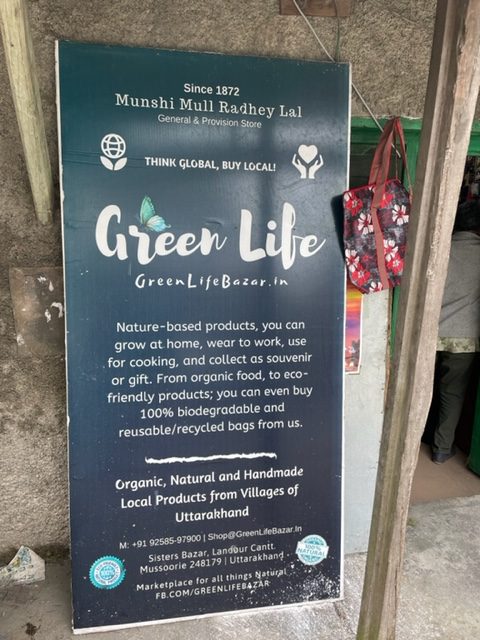