Take a quick look at these items served up on three airline meal trays. Each is from a different part of the world.

Can you guess the home country of the airline from the characteristic shape of the item or the product it contains?

Handy hints: The little tube contains harissa. The salt and pepper cellars are obviously turban-shaped. And the brown pot is clearly a plastic take on earthenware.

Have you got it yet?

The harissa tube is from Tunisair. The salt and pepper cellars are from Turkish Airlines. And the brown kulfi pot is from the seven-year-old Indian carrier Vistara, which is a  joint venture between Tata Sons and Singapore Airlines.

Their presence on the airline meal trays says a great deal about the subtle ways in which a country and its culture are evoked even for complimentary food served at 35,000 feet. As Tyler Brûlé, editorial director of ‘Monocle’ magazine once noted in the FT (paywall), “airlines and airports have become a proxy for topics that would otherwise be deemed too politically incorrect. It’s much easier (safer) to poke fun at an airline and its staff than take on a whole country. Heaven forbid we should dare to have a laugh at the expense of others any more. So Heathrow is really shorthand for having a go at the Brits. Alitalia jokes are in fact a comment on Italy Inc. And who can resist recalling their favourite crew names on Chinese carriers? ‘Frosty Ho will be your purser on this flight today’.”

The converse is also true.

When you turn to your tagine (in this case, a quiche-like square rather than the Moroccan stew) complete with a tiny tube of harissa, you are almost instantly transported to Tunisia. For, even though the fiery paste is found across north Africa, it is Tunisia with which it is particularly associated.

As you tuck into your pide sandwich, debating whether it needs extra seasoning, the Ottoman Empire references in the salt and pepper cellars’ turban migfer (helmet) are unmistakable.

Spooning the south Asian version of ice cream, kulfi, from its plastic pot, one notes the update on the matka, the traditional clay vessel used across the sub-continent to cool water, yoghurt and puddings.

There is an instant cultural resonance, no matter how much or little you know about the relevant country, people or habits. It is unsaid and generally goes unmeasured. But as Nielsen, the US data and market measurement firm, defines it: “Cultural resonance refers to the degree to which claimed brand meanings reflect, reinforce, and shape meanings from the collective social space that links consumers to others in a shared language and interpretation of experience.”

A tiny tube of harissa, turbaned salt cellar and matka-shaped ice cream pot will do it. 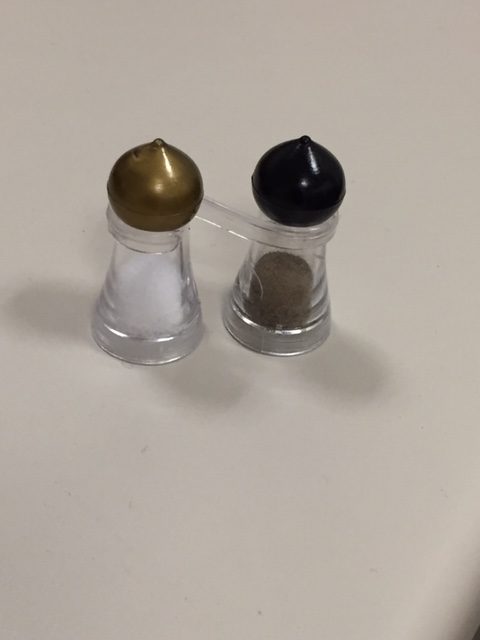