Italy’s general election will likely result in its first woman PM. And she shows no sign of wanting to remake the country’s politics in the emollient and nurturing fashion we are supposed to expect of a woman.
Giorgia Meloni, a pint-sized, 45-year-old set to lead Italy’s most right-wing government since Mussolini’s underlines an unpleasant reality. Despite stereotypical expectations that they are more moderate, compassionate and sensitive, women politicians often speak much the same language as men. 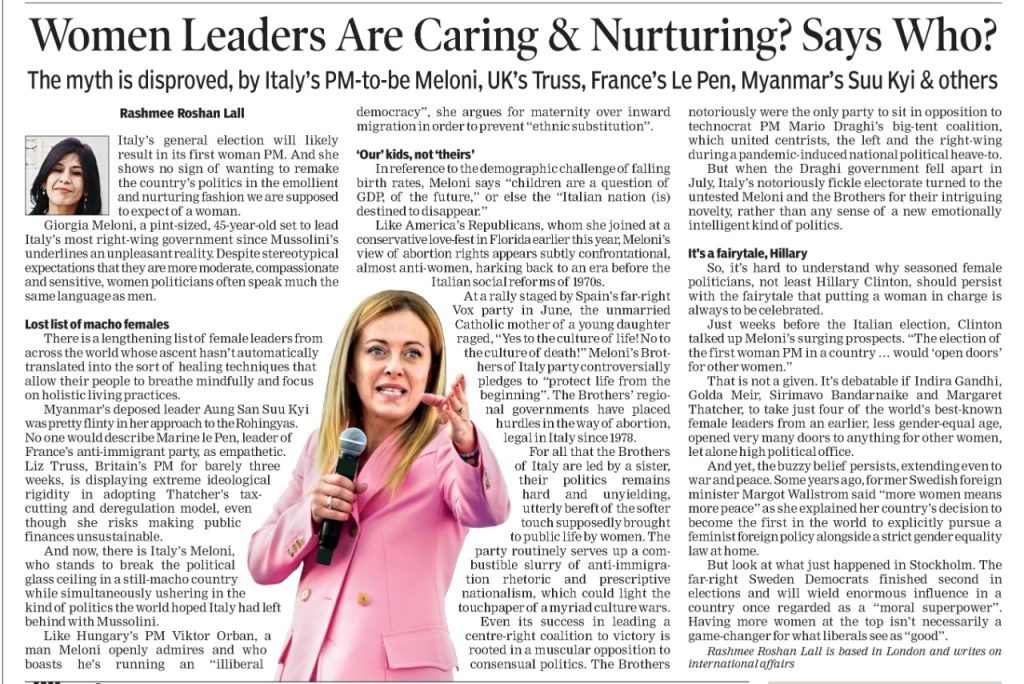 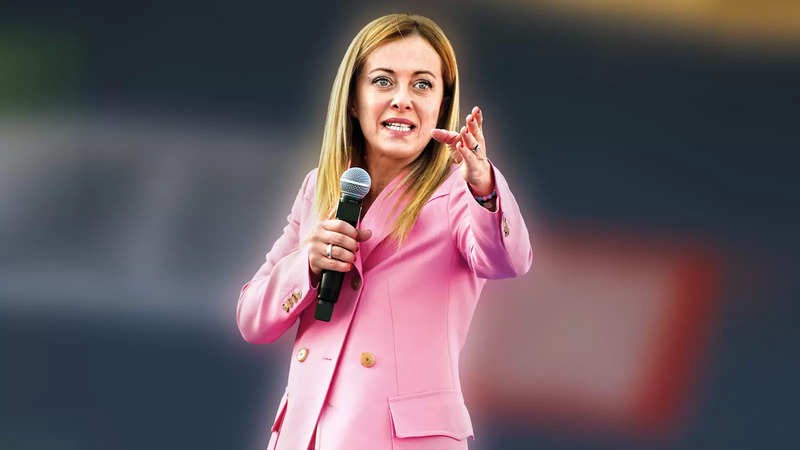