The complications of King Charles III’s reign start with the name of this new era. It is the Carolean age, from Carolus, the Latin for Charles. Not as intuitive, nor as easy to say or remember as the Elizabethan age, which ended with the September 8 death of Charles’s mother, Queen Elizabeth II. A Carolean age sounds somehow old world, mediaeval even, but it just can’t afford to be out of step with the seething demands of the 21st century.

Calls are growing ever louder for restitution, reparation and meaningful reconciliatory acknowledgement of past imperial excesses, colonial depredations and ruthless racial repression. How might Britain’s new King deal with them? Can he deal with them? More to the point, will he?

The list of politically sensitive issues opening up around the world for Britain and its monarchy is lengthening with every year.

As Buckingham Palace firmed up plans for the May 6 coronation of the King and his Queen Consort, sections of the British media started to report on “significant nervousness” among officials about using regalia containing the Kohi-i-Noor diamond.

In years past, Charles is understood to have thought that his wife, Camilla, would use the crown specially made for his late grandmother, Elizabeth, the previous Queen Consort. That grand piece features 2,800 diamonds, including, controversially, the Koh-i-Noor, which belonged to Sikh Maharaja Ranjit Singh’s successor, his five-year-old brother Duleep Singh. When the lad lost his kingdom to the East India Company and was forced to live in Britain, his family jewels came into British possession and eventually to Queen Victoria. They include the 105-carat Koh-i-Noor, one of the largest cut diamonds in the world, and the Timur ruby, a rare 361-carat stone etched with the names of five of the great men who owned it — Mughal emperors Jehangir, Shah Jahan and Farrukhsiyar, as well as Shah of Iran Nader Shah and Afghan king Ahmad Shah Durrani. The British often say the priceless gems were gifted to their Queen but the transaction remains contested. Was it a present, a purloining, or part of a military treaty negotiation during the Anglo-Sikh wars of the mid-19th century?

The Koh-i-Noor was last seen on the Queen Mother’s coffin in 2002 but with a Bharatiya Janata Party (BJP) spokesman now publicly noting that its use in Camilla’s coronation would bring “back painful memories of the colonial past”, anonymous royal sources are finally acknowledging “times have changed”. They admit to “serious political sensitivities…particularly regarding India.”

But it’s not just India. South Africa too. The British sovereign’s sceptre contains the Cullinan Diamond or Great Star of Africa, the largest uncut diamond in the world, and a social media campaign is calling for its return.

And then there are all the masks, miniatures, thrones and statues appropriated from Asia, Africa and elsewhere. Will King Charles be more mindful of the need for scrupulous honesty now that Britain and other European countries have started to repatriate colonial-era artefacts?

Last year, Manchester Museum handed over to Australian indigenous leaders aboriginal objects taken more than 100 years ago, France’s prime minister gave back to Senegal a 19th century sabre that had belonged to an anti-colonial fighter and a Cambridge college, a French museum and a Scottish university returned exquisite items looted from Benin City, in what is now southern Nigeria. The Dutch government, meanwhile, officially approved a plan to repatriate all objects of “cultural, historical, or religious importance to the source country” with or without full provenance records.

More grisly repatriations are also being made. This August, Germany sent back to Namibia the skulls of people murdered during the Namibian genocide a century ago. In June, Belgium handed back to the family of Democratic Republic of Congo’s murdered independence hero Patrice Lumumba a gold tooth, his only mortal remains.

But it’s worth noting that repatriation to the former colonies of big-ticket items, such as the Koh-i-Noor, the Timur, the Cullinan and the Elgin Marbles from Greece remains off the agenda.

It’s not strictly up to Britain’s new King, of course, because the monarchy was stripped of its powers over centuries. But there is little sign Britain’s royal family or its government want to engage in debates about history’s unfinished business for fear they may prove embarrassing and ruinously expensive.

Notably, there has been official silence to the request sent in May by a group of more than 100,000 Kenyans of the Talai clan to Charles’s son, Prince William, to support their claim for an apology and financial reparations for human rights abuses suffered under British rule between 1895 and 1963. The Talai filed a case against the British government in the European Court of Human Rights just a fortnight before the Queen passed.

The clamour for a compassionate public hearing as well as financial compensation is growing louder in swathes of the world, a decade after some 5,200 Kenyans won nearly £20 million in compensation for their mistreatment during the Mau Mau rebellion against British colonial rule. It was the first time in British history that victims of colonialism were able to claim something back for the abuse and suffering they endured. This makes the Mau Mau lawsuit a test case, one that could open the way for similar legal action from citizens of other former colonies, not least India, Cyprus, Malaya and Palestine. Where once India might have been mollified by a sincere apology from the British monarch for, say, the Jallianwala Bagh massacre, now Charles and his heirs might be lucky to get off so lightly. Just months ago, Ghana’s President Nana Akufo-Addo urged European nations to pay reparations to Africa for a slave trade that stifled the continent’s “economic, cultural and psychological progress”. Were South Asia to join the chorus, it would be a tough proposition for cash-strapped Brexit Britain.

But apologies, at least, are cheap, as are cheery farewells to those who cut the last links to the colonial past. Last November, Prince Charles graciously acknowledged “the appalling atrocity of slavery” in the former British colony of Barbados as the Caribbean island nation gladly cast off the Queen as its head of State. There is resignation about the reality that the Carolean age may be one of exits rather than grand entrances. Antigua and Barbuda, one of Britain’s 14 remaining “realms”, is planning a referendum on retaining the British monarch as its ceremonial head of state. And St. Kitts and Nevis’ foreign minister recently said his country was thinking of becoming “truly independent” now that Queen Elizabeth II had passed.

With a new King, it may seem Britain has lots of new headaches. But they are really only a symptom of an old ailment — colonialism and its consequences. As David Olusoga, the British-Nigerian historian recently noted, amid the rushing rivers of reminiscence, royal praise and anecdote about the late Queen, “there are some aspects of the past that can no longer be avoided or papered over, even by monarchs. There is no escape from history for either the new monarch or the Commonwealth”.

The article has been authored by Rashmee Roshan Lall, a writer on international affairs based in London.

Originally published at https://www.hindustantimes.com on October 14, 2022. 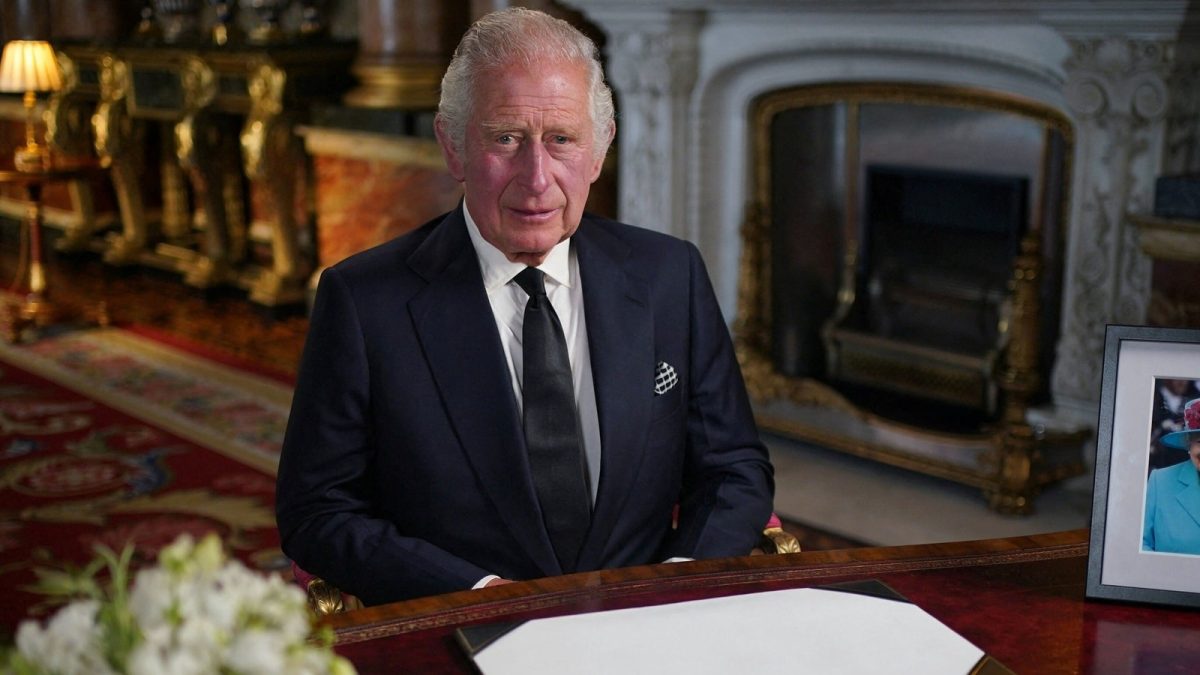