Liz Truss and that ‘Cairo taxi’: Britain still unbeatable as a comedy superpower

On Friday night, I received a WhatsApp message from a friend. She praised my op-ed that day in The Times of India on the lettuce winning the longevity battle with Liz Truss, remarked on its “great opening lines” and went on to say the following: “And loved the quote about the Cairo taxi. Only the Brits can do it with such dry elan.”

There are three things to say about that message.

First, it’s enormously flattering because my friend is a fine writer and justly celebrated for her ability to toss off exquisitely crafted, sublimely funny sentences with sharp observations.

Second, it’s particularly flattering because I wrote that piece in 45 minutes on Oct 20. Liz Truss had announced her resignation at 1.30-ish pm, London time; Half-an-hour later, I received a call from the editor in India, seeking an urgent piece for that night. “You have an hour and 20,” he said, citing his hard deadline for the newspaper’s release to the printing presses. I responded by bleating that I was expected at my university within a couple of hours for a scheduled Media Forum event, of which I was organiser. “I better say ‘no’,” I said, then gave in to persuasion.

Third, “the Cairo taxi” reference approvingly noted by my writer friend is worth mulling over. I had written about the Truss bounty to newspaper cartoonists, editors and political sketchwriters.  My piece mentioned one sketchwriter’s description of a Truss press conference from last week as “nine meagre minutes” and his note that when she left the room, “the scissored blonde bob swayed to her tread like the curtains of a speeding Cairo taxi.”

That, in its essence, is what the world understands as British humour, something this country still excels at. Even at its own expense.

The takeaway, to my mind, is that Britain’s stagnant post-Brexit economy has undoubtedly rendered it poorer and of declining relevance to the rest of the world.

But, Britain remains a comedy superpower, with world-beating levels of humour, self-deprecation and a well-calibrated bullshit meter. 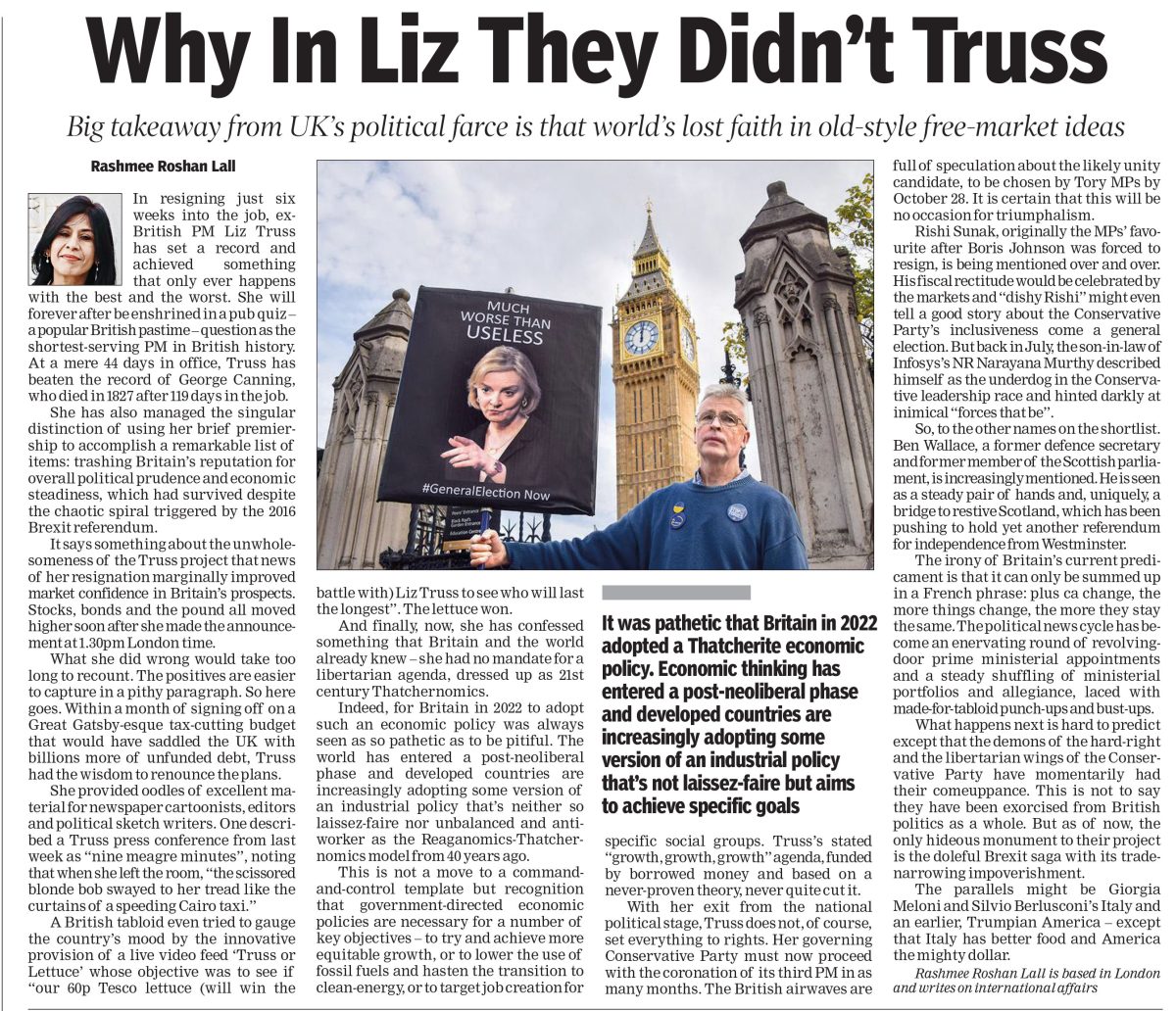