There is a sobering aspect to wandering Oxleas Woods in southeast London as one year fades and another beckons.

Oxleas is 130 acres of a woodland that is often described as “ancient” and “ancestral”.

This is not just about being poetic. The phrase “ancient woodland” has a very specific meaning in England, Wales and Northern Ireland. It refers to an area that has existed continuously since 1600 and which is entitled to some consideration (if not automatic protection) when there are plans for it to be developed in any way that’s different. The idea is that woodlands weren’t  deliberately planted before 1600 in this part of the world, so if one is shown to have existed before then it’s probably natural and therefore, irreplaceable as a habitat.

That is what Oxleas Woods is meant to be.

Harking back to an England that wasn’t England when it first existed.

Accounts say that some parts of the wood date back 8,000 years, to the end of the last ice age. On Boxing Day, ie December 26, just five days before the Gregorian calendar calls time on 2022, Oxleas is as it always was.

A tracery of jewel bright moss on a log that lies in a rustling bed, scratchy with fallen leaves.

The old trees stand patiently as the departing sun surveys the landscape.

It is a diurnal rhythm unchanged by the modern world rushing past this island of the age before. 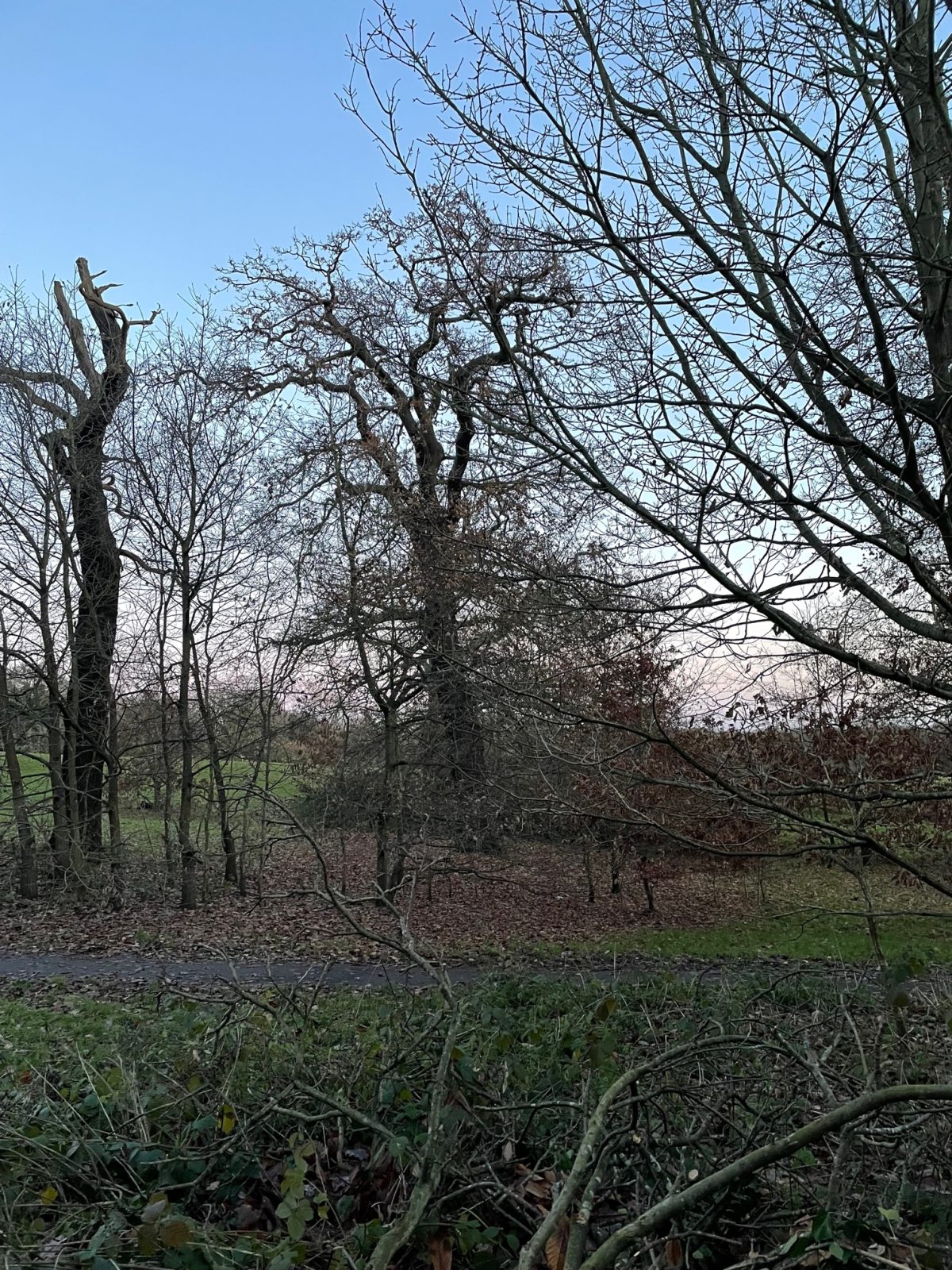