From dinar store to a real Chinese restaurant, Beijing is in Tunisia, big league 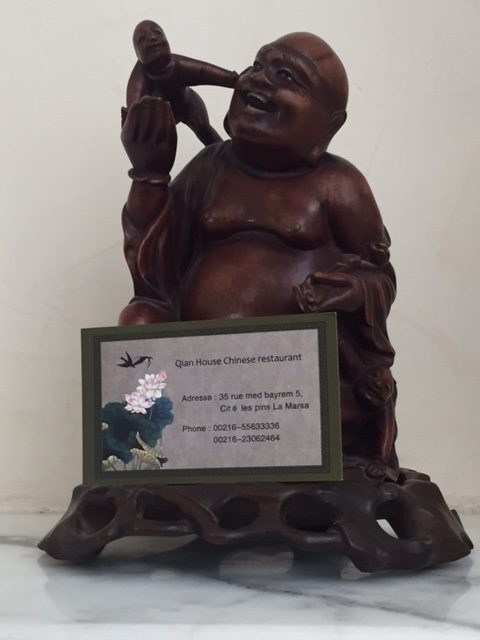 A couple months ago, I noted the new growth – the visible aspects – of China’s presence in the Tunisian capital. There was, after Ramadan, a new “Asian” restaurant in the big Carrefour in La Soukra. Then there was the One China Market on Route 9. It must, I think be the Tunisian equivalent of a pound or a dollar store. For Tunisia, think dinar store.

Anyway, now comes arguably the first real Chinese restaurant in Tunisia. It’s called Qian House and it’s in a quiet area full of western diplomats. (Go figure, say the constitutionally suspicious. Go on with you then, say those of a sunnier disposition, who also happen to like Chinese food.) Sophie, the pleasant young Chinese woman who runs the restaurant with her Tunisian husband, says they started in order to cater to growing numbers of Chinese tourists. They come in big tour buses, mostly for lunch, they say.

As of last year, Chinese nationals no longer need visas to visit Tunisia and tourism is accordingly flourishing. 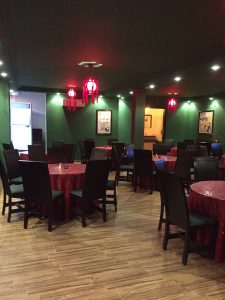 So to the need for real Chinese food. You get that at Qian. Sophie swears the fare is a nod to her home region. She’s from the Chinese city of Tsingtao. She dismisses all other competitors in Tunis as “Asian” and not sufficiently Chinese. That includes, by the way, the restaurant in Carrefour, and the brand new Traiteur Chinois on Route 9.

On a more general note, it’s hard to be surprised by the sudden proliferation of Chinese establishments in Tunis.

China is everywhere and if it’s not, it will be, soon. As The Economist recently pointed out, China is battling ever more intensely in world markets. Though it is not the first country to industrialise, said the newspaper, “none has ever made the leap so rapidly and on such a monumental scale. Little more than a decade ago Chinese boom towns churned out zips, socks and cigarette lighters. Today the country is at the global frontier of new technology in everything from mobile payments to driverless cars.”

And it’s trying to make friends and influence people all over the world. Tunisia too.