What Orwell would have made of ‘social distancing’

On April 15, Denmark became the first in Europe to relax restrictions on education and reopen nurseries and schools.

The move presented a conundrum for the Danish government, one that governments everywhere will eventually have to confront when they do the same and send young children back to school. For, it is in the nature of children to stand close to each other, to push and shove, hug, hit and then to laugh and cry together.

Social distancing is a hard concept to internalise, especially if you’re a young member of the Homo sapiens species. As Aristotle said, man is by nature, a social animal. Younger humans have an irrepressible instinct to reach out to others – to touch, feel, ‘experience’ other children and adults. How then to prepare children for a way of being that’s likely to be necessary, from time to time, for at least a couple of years?

Could the answer be using better terms to convey expectations? Social distancing is emphatically what we don’t want (as noted in an earlier blog). Instead, a pandemic-hit world needs social closeness and physical distance. How to convey that to children?

George Orwell once cast scorn on the idea that words were “vehicles of thought”. In his essay ‘New Words’, Orwell insisted “that from the point of view of exactitude and expressiveness our language has remained in the Stone Age.” His proposed solution was “to invent new words as deliberately as we would invent new parts for a motor-car engine.”

It’s easy to understand why Orwell would say that. He wrote that essay in 1940, a time the formation of new words was a notoriously “slow process”. In fact, said Orwell, he had read “that English gains about six and losses about four words a year and no new words are deliberately coined except as names for material objects.” It was a time when abstract words were never coined and old words simply re-purposed.

‘Social distancing’ too is a hangover phrase from an earlier time. It means the opposite of what it recommends and doesn’t describe what it requires. Orwell would recognise the general reluctance to invent a vocabulary but as he wrote, it is essential to “deal with parts of our experience now practically unmeanable to language.”

The pandemic should be a trigger when it comes to new words. It is probably necessary to find a more evocative way to say what we feel, want or need. We are in a situation that the human race has not experienced for more than a century.

The coronavirus outbreak could be a portal to a new, more practical vocabulary. As Orwell wrote, it could lead to the  coining of “names for the now unnamed things that exist in the mind.”

Things that look to be a fact of life for some time hence. Considering that Harvard researchers say people around the world might need to practice some level of social distancing intermittently through 2022 to stop Covid-19 from surging anew and overwhelming hospital systems.

We need a new word to express the pain, monotony and acute loneliness of ‘social distancing’. 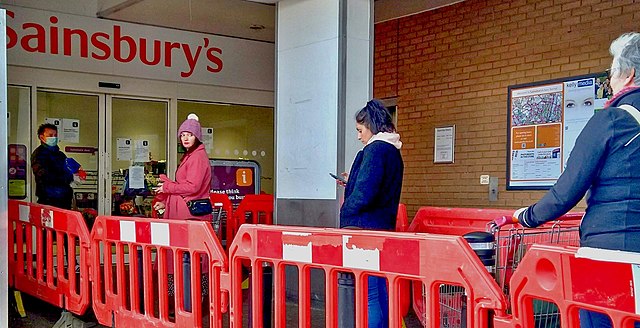