Jacindarella: A fairy-tale finish for the poster child of progressive politics

When did you first hear the name Jacinda Ardern?

Do you remember? I do. It was in August 2017. Ms Ardern had become the last-minute choice to lead New Zealand’s Labour Party and made headlines all around the world for complaining about the inherent sexism of being asked whether she might have a baby while doing the job of prime minister. My blog on the issue at the time noted that sexist or not, “having children does affect women more than men – physically and in terms of time off”. And that even if one were to routinely ask both men and women about their child-bearing plans, it “won’t level the playing field. It will only give the appearance of fairness. It won’t do much about biological reality.”

Three years and two months on from Ms Ardern’s feisty emergence into the world’s consciousness, consider her political metamorphosis. Here she stands today, a prime minister who has led her party to a historic victory. Never before, since 1996, when New Zealand adopted a proportional voting system, has a single party achieved an outright majority in the unicameral parliament. The Economist called it “Jacindarella…a fairy-tale election result.”

Ms Ardern has a biological daughter, but at 40, she could also be seen as the mother of the nation, an essence of its spirit and aspirations.

Her competence and compassion allowed Ms Ardern to manage remarkable responses to the 2019 Christchurch terrorist attacks, the White Island volcano eruption and the pandemic.

And so she has become a poster child for a practical brand of progressive politics. The New York Times says “the global left (along with a chunk of the center) has fallen hard” for Ms Ardern, “giving her a prodigious presence for a leader who manages a smaller population than many mayors do.” (Incidentally, that’s something they also say about Kersti Kaljulaid, who recently made history as the first woman and youngest-ever president of Estonia. Her country’s population is just 1.3 million; Ms Ardern’s flock is five million!)

That may be one reason I don’t see Ardern imitators elsewhere in the world as yet. But perhaps that may come. 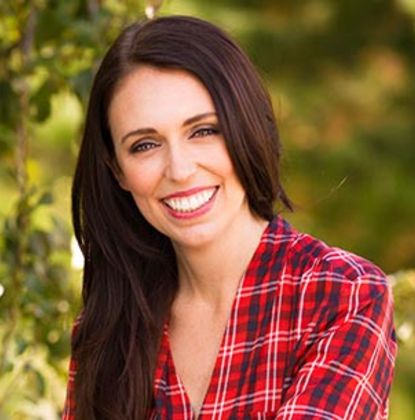