A presidential son-in-law steps down 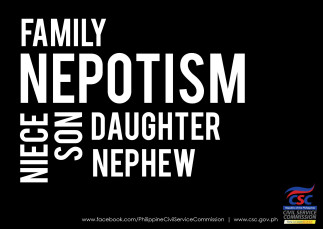 When Berat Albayrak resigned as Turkey’s finance minister it wasn’t immediately clear if his father-in-law, President Recep Tayyip Erdogan, would really let him to go.

Meanwhile, an upbeat mood started to spread through Mr Erdogan’s Justice and Development Party (AKP). The AKP had increasingly been on edge over the nepotism and bad vibes that came with the rise of the “damat”, Turkish for son-in-law.

Mr Albayrak, who is married to Mr Erdogan’s older daughter Esra, served three years as energy minister in his father-in-law’s cabinet. (At the time, Mr Erdogan was prime minister, not president.)

In July 2018, Mr Albayrak took over the treasury and finance portfolios. He proceeded to display a controversial approach to economic management. This was characterized by largely futile efforts to prop up the lira without raising interest rates. It meant the aggressive spending of reserves, a policy which has left the country more vulnerable to external shocks while failing to stabilize the lira. According to one estimate, the interventions on Mr Albayrak’s watch were in excess of $100 billion this year. It is the equivalent of selling off everything you own, bit by bit, just to get through the week. At some point, there would be nothing left.

Turkey may face new challenges now that US politics is shifting away from Donald Trump’s transactional presidency. Mr Trump helped to deflect Congressional pressure for sanctions on Turkey for its purchase of a Russian-made missile defense system. The US Congress has also been incensed by Turkey’s 2019 offensive against the US-backed Syrian Kurds, who fought against ISIS. Mr Trump supported Mr Erdogan’s action.

Mr Erdogan has long held the widely discredited view that higher interest rates spur inflation. His son-in-law went along with it, a near textbook example of the reason nepotism is bad for government and personal relationships, family feeling and flattery are no way to run a country.

The Turkish presidential son-in-law’s departure from high office is probably being closely watched half the way across the world, in Washington, D.C. Mr Albayrak was good friends with America’s first son-in-law, Jared Kushner.