What links the UK’s DIY-asylum system and that novel about ‘tractors in Ukrainian’? 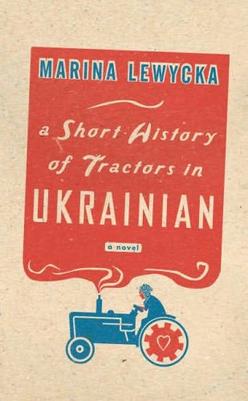 More than 100,000 potential refugee sponsors have signed up for the voluntary job since Britain launched its Home for Ukraine website on March 14. British foreign secretary Liz Truss said as much this morning, even as she admitted to being unable to serve as a potential sponsor herself for reasons of  work and her own particular situation. (I’m presuming she meant security concerns.) Anyway, the Home for Ukraine scheme,  which allowed people to register themselves as refugee sponsors in exchange for a monthly stipend of £350, has been received with some relief by the British public.

People were anxious to do something, anything to help Ukrainians fleeing their war-bloodied country.

But there’s a lot that can go wrong. For one, there doesn’t seem to be much vetting of sponsors. Even if there were lots of vetting, the reality is that almost no programme is foolproof. Some chancers and strange sorts are sure to be in any cohort.

This brings me to Marina Lewycka’s 2005 novel ‘A Short History of Tractors in Ukrainian’.

There are some pretty obvious reasons to think of the novel in the context of Ukraine. There is the title, of course.

Then there’s the fact that it was written by a British Ukrainian.

Add to that the dismal reality that Ms Lewycka was born in a refugee camp in Germany after World War II. Those long-ago refugee camps, full of people like Ms Lewycka’s family, indicate how much the Ukrainian people have suffered in less than a hundred years.

And finally, there is the fact that Ms Lewycka’s debut novel is about need, lasciviousness, selfishness, memory, pain, jealousy and family strife. All of life, really, but more particularly, life among Ukrainians who are far from their country. Tomorrow, we’ll explore this a bit more.

Tomorrow: A novel on tractors in Ukrainian is about anything but