Poor little rich ‘underdog’ Rishi and the U factor

Rishi Sunak’s push to make the Conservative Party love him (or at least to understand his ideas enough to vote him in as their leader) has triggered buried memories in many Indians with long experience of Britain. In ‘Open’, a well thought out Indian magazine, veteran writer and editor Minhaz Merchant has poured his heart out about “Britain’s Rishi test”.

Mr Merchant, an Indian who went to school in England, writes that “for some highly evolved reason, the English know exactly with whom to be racist and with whom not to be. Rishi Sunak, on the face of it, seems to fall into the latter category. But his elevation as a contender for the British prime ministership has brought out the latent racism that resides, well hidden, in a large majority of English people.”

Sight and sound of Mr Sunak, out campaigning in Conservative Party heartlands,  seems to bear out some of Mr Merchant’s lament.

In fact, Mr Sunak has described himself as the underdog in the Conservative leadership race, even going to the extent of claiming the “forces that be” want his rival Liz Truss to be the next prime minister. He has also said that those unnamed, mysterious Conservative party powers want the race to be “a coronation for the other candidate”. He bravely added, “But I think members want a choice and they are prepared to listen”.

The fatalistic tone of Mr Sunak’s remarks should give pause for thought. What is he referring to exactly? Perhaps the U factor, which is to say the understatement that typically still marks the most serious of conversations in Britain today. People may not want to directly confront an issue but simply tiptoe around it so as to indicate they are uncomfortable with it.

Recently, some very English friends (they aren’t paid-up members of the Conservative Party, by the way, so they don’t have a vote to cast in the leadership contest) said nothing particular for or against about Mr Sunak or his leadership rival Ms Truss. Instead, they spoke about their interest in Rory Stewart, a former minister. My female friend said Mr Stewart “looked good with his spiked hair”. (For the record, Mr Stewart is not even a contender for the Conservative leadership.)

The lack of focus on Mr Sunak from many English folks is telling. It’s fair to say many in Britain might discern a foreignness to Mr Sunak, for all that he is a third generation immigrant (his grandmother was the first member of the family to arrive in Britain) and sounds very English (upper class, public school English).

At a superficial level though, Mr Sunak’s rise to within touching distance of No 10 Downing Street seems practically American in its transformational qualities. On the Conservative Party campaign trail on Saturday with wife Akshata Narayan Murty and their two young  daughters, Krishna and Anoushka, the Sunaks reminded me a little of the Obamas. Back in 2007, the Obamas too looked, as a senior British editor told me at the time, “too black” to ever get to the White House. They did seem kinda foreign to the idea of living that most egalitarian of American dreams, which means to accomplish whatever is humanly possible irrespective of race.

It never seemed likely the Obamas would live in the White House. As it turned out, they did, for eight years. But the Sunaks may find it a struggle to get to Number 10.

For, all too often, the hidden barriers can be discerned in English understatement. Yes, call it the U factor.

(Click here to read my 2015 blog about the euphemistic racism that dogged Mr Sunak when he ran for the safe Conservative seat of Richmond in Yorkshire.) 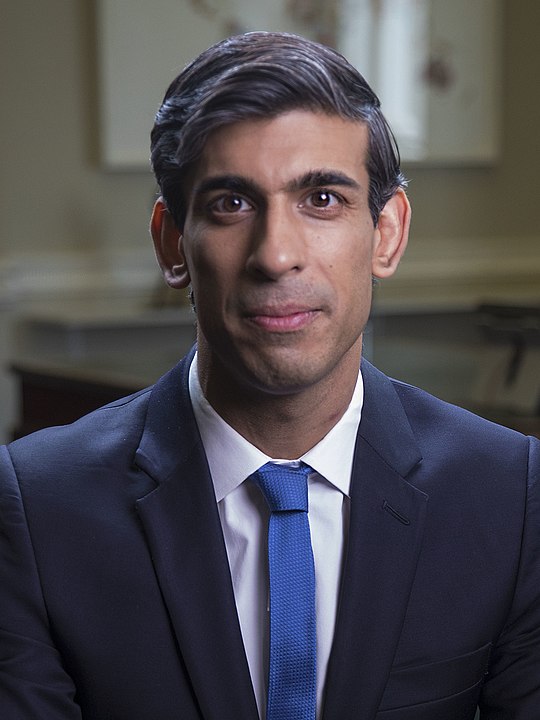