The ‘new world’ label is 600 years old and needs updating

Certainly the new world category of a wine list refers to that produced outside the traditional winegrowing areas of Europe and the Middle East. So, wine producers’ new world is Argentina, Australia, Canada, Chile, Mexico, New Zealand, South Africa and the United States (primarily California).

That is fine for wine categories but does new world really apply to the Americas (particularly north America) anymore?

Isn’t that really the old world, considering Florentine explorer Amerigo Vespucci used the words Mundus Novus or new world 600 years ago? In his 1503 letter to his friend and former patron Lorenzo de Medici, Vespucci spelt it out: the lands discovered by European navigators to the west were not the eastern edge of Asia, as Columbus argued, but a different continent altogether, a new world.

That’s fine in terms of the age of exploration, when the contours of the lands on Earth were being revealed to a wondering world. But, in the 21st century, isn’t the new world label more appropriate for countries that feel themselves to be on a new and exciting trajectory, where thousands of years of history don’t constrict the hopes and dreams of their people? By that definition, the new world today would be the emerging economies, countries that are turbo-charged by the power of their imagination – for themselves.

This is politically testy ground because some of the countries that would qualify for new world status today could be said to be dreaming vividly but unsustainably. Consider India. It is growing and hopeful about the future but has also incubated an ugly exclusivist politics.

A prominent Indian columnist, my friend Gurcharan Das, recently noted on the 75th anniversary of Indian independence from British rule: “…as we stand at India at 75 today, there is much to be proud. We have remained united despite so many predictions of breaking up. We are a confident and hopeful as a people like never before.”

He goes on to list the reasons for Indians’ hopefulness “like never before”. They are as follows: “Average life expectancy has risen from 32 years to 70 years. Literacy has gone up from 12% to 78%. The extremely poor (defined by $1.90 income per day) declined from 70% to 21% in 2011 and were around 8% before Covid. 90% people have access to electricity versus 50% in 1995. I could go on. Unlike so much uncertainty that besets other countries today, India remains stable and predictable. Investment is coming back and economists project India will be a major contributor to world growth in the coming years.”

It’s probably fair to rethink the new world label to factor in what we expect when something is described as new: something unknown that is being discovered. In fact, as the line goes: “the stuff that dreams are made on”. 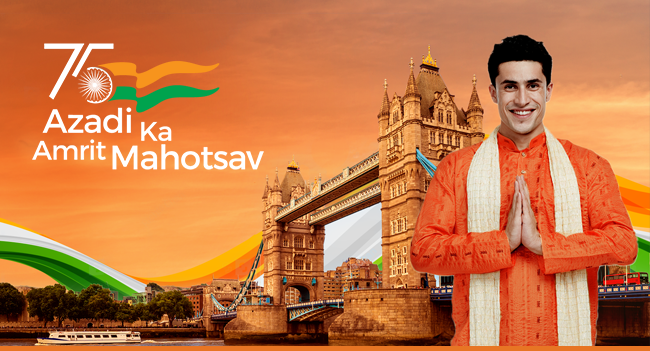