Liz Truss puts Britain on course to an uncivil war

Britain wouldn’t be Britain if it didn’t routinely send up people in authority, especially if those people say silly things that also happen to be mean.

Librium Liz, otherwise known as Prime Minister Liz Truss, has set off the wags with her comments about Britain’s “anti-growth coalition”.

At the Conservative Party conference, Ms Truss read out a list of groups and individuals she blamed for Tory failures to deliver over 12 years in government. It encompassed much of the country because it counted the 48 per cent who voted against Brexit, everyone who worries about environmental degradation, Labour and Liberal Democrat Party members, Scottish nationalists, trade unionists, talking heads and think-tankers, as well as, according to Ms Truss, “north London” townhouse-occupants who take taxis to BBC studios to participate in “broadcasts and podcasts”.

Here’s Charlotte Ivers in ‘The Times’: “These people move among us. They may look just like you and me. They may even be you and me. They hate the freedoms that built this great country: cutting taxes, two-for-one deals on fizzy drinks, crashing the pound…The anti-growth coalition, we must conclude, is everywhere.” Ms Ivers helpfully gives it the badge of respectability by anointing it with a pithy name made up of its initials, AGC.

And here’s Stephen Bush in the ‘Financial Times’: “It is not yet clear where Fitch, which has downgraded the UK’s outlook from ‘stable’ to ‘negative’ sit in the axis of evil. Somewhere above those of us with small flats in north London, I hope.”

Then there’s Hilary McGrady, director-general of the National Trust charity, who has threatened to mobilise her 5.7 million members to defend the environment against TPG (Truss pro-growthers). Full disclosure: TPG is not Ms McGrady’s formulation. Anyway, she said her members were “outraged and worried” because Ms Truss was “demonising” conservationists who weren’t exactly jumping for joy over the government’s state intention to lift the fracking moratorium, ease planning rules in “investment zones”, review hundreds of environmental regulations inherited from the EU and backtrack on farming reforms.

The RSPB, Woodland Trust, Wildlife Trusts and CPRE have also expressed concern about what they see as an assault on nature in Britain. By implication, they’re all part of the AGC too.

Late on Sunday, October 9, a mini conflict erupted between Ms Truss’s Conservatives and Nicola Sturgeon’s Scottish National Party because the latter said “I detest Tories”. It prompted a senior Tory, Nadhim Zahawi to describe the comments as “dangerous”. Ms Sturgeon, a straight-talking sort, didn’t retaliate by pointing to Ms Truss’s categorisation of Scottish nationalists as AGC.

If all of this shows anything, it is the extent to which nations are always just one polarising leader away from an uncivil war. 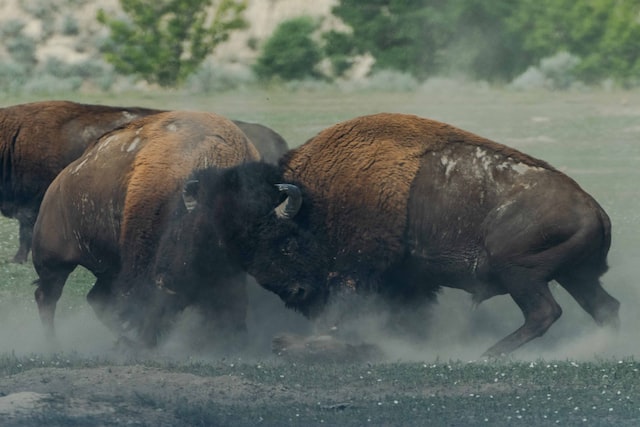