How to maintain gainful employment as robots take control? With ChatGPT turning out stuff with alarming speed and ease, writers of limericks, doggerel (and blogs) should see the message on that ugly brick wall right in front of them.

Now, it seems may be the time to retrain.

Apparently, there are a multitude of occupations that will stay in demand despite the rise of clever clogs like ChatGPT and other AI geniuses.

Artisanal trades, for instance. Over on Bloomberg, Rachel Sanderson has a really smart argument (paywall) for a return to skilling up old-style.

In a piece inspired by the passing last November in Naples of Cesare Attolini, “the great master tailor of the soft-shouldered suit,” Ms Sanderson discerns a surge in demand for ancient artisanal trades including lacemaking, leatherworking, weaving and tailoring. Her piece, headlined ‘AI is cool but can it tailor a $50,000 suit?’ notes that “Two decades of industrialization of luxury goods have given way to a return of consumer yearning for opulence.” She writes: “As a result, luxury houses are scrambling to find skilled workers.”

Attolini dressed Hollywood A-listers, not least Clark Gable, Al Pacino and Denzel Washington. His master craftsmanship could not be replaced by a machine.

I’m very persuaded by the argument that handmade will be the new luxury, the one thing that will distinguish the privileged from the poorer members of any community.

It will mean a reversal of all that the global south has learnt to regard as a sign of wealth, access and upward mobility – an over-abundance of machine-made, uniform-specs products.

Nearly a decade ago, The Economist was pointing out that not only are luxury’s boundaries fuzzy and hotly disputed, but personal luxury goods usually face the tricky task of trying to achieve global scale while maintaining the artisan roots that give them the appeal of rarity. “Luxury companies,” The Economist said, “often get the most attention for the things they sell least of.”

That less-is-more concept might be just the thing for the times in which we live.

A world that is trying to tamp down on overconsumption as one way to address the looming ecological challenge may be minded to have a few, individually made products?

Are we on the cusp of a rise in apprenticeships in the artisanal trades? 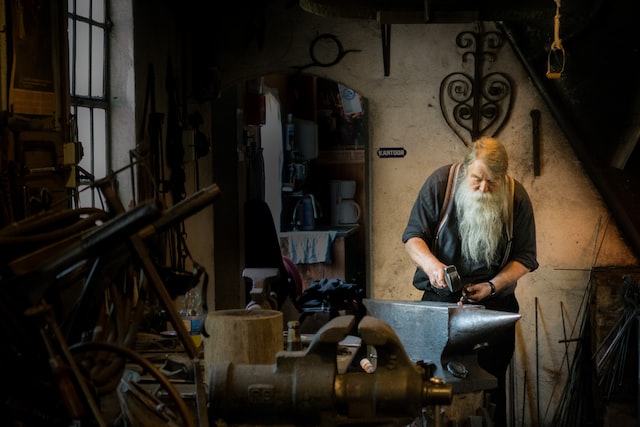