Sometimes it takes an outsider to see the deepest truths within a family. Or a country.

The Washington Post’s London bureau seems to be playing that role for Britain in its diagnosis of the divisions sparked by the Harry and Meghan interview with Oprah Winfrey.

The Post noted, for instance, that “Where once Britain tore itself apart over Brexit, pitting ‘remainers’ against ‘leavers’, this week has seen people enlist in warring tribes backing either the Sussexes or the House of Windsor”.

I think that just about sums it up.

Opinion is split about the rights and wrongs of the Sussexes telling it all in the United States. Disparate issues are being conflated. Meghan being biracial. The British Royal Family being allegedly stuck in the past and its own way of doing things. The Queen’s 99-year-old consort, Prince Phillip, currently recovering in hospital. Many Britons’ angry assumption that Meghan played a decisive (and as usual, for a wife, vampish) role in taking Harry away from the United Kingdom, all that way across the oceans.

Anyway, as The Post writes: “…do you feel that Meghan, a biracial American, successful former actress and compassionate diplomat, a woman, mother and feminist, has been smeared and silenced by trash-talking TV personalities (Piers Morgan) and the ‘men in gray suits’ who run Buckingham Palace? If so, stand here. Or do you view Meg as a bit of a grasper, an ingrate, a California avocado-toast-eating snowflake, too quick to take offense, who stole Prince Harry from his family and is only a first-name global celebrity because she married into royalty — and then, after a scant two years of ribbon-cutting, is turning on the very monarch who made her? If so, stand over there.”

This is exactly right.

A cabinet minister went on television to declare the “whole nation stands up for the Queen”, but it’s obvious that there are also some who stand for the subjects interviewed (and raised by) America’s talkshow queen.

As with Brexit, we don’t agree on what Meghan and Harry are about or up to. But this much could probably be said with some confidence. Once the Oprah show is dissected, Harry (and probably Meghan) may only rarely be heard of again, except in the sense of being minor celebrities.

Unless, of course, they do something spectacular in a meritocratic sense. So for example, Meghan winning a Golden Globe award or an Oscar. Or Harry becoming an early investor in some remarkable project that changes lives. 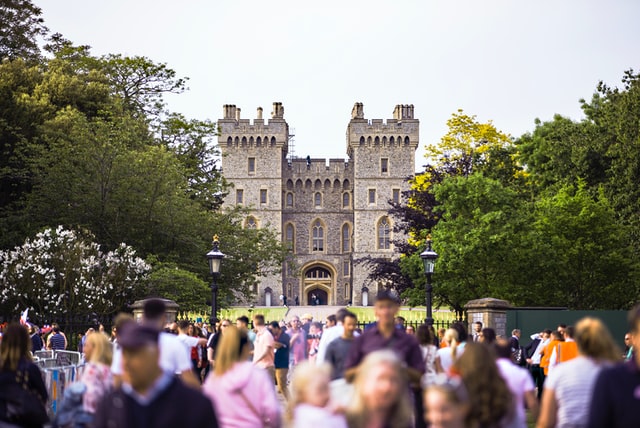