Marina Lewycka on the ambiguities of being Ukrainian

On her website, British Ukrainian novelist Marina Lewycka offers some observations on eastern Ukraine, to which her family belongs.

In the summer of 2014, she wrote about a trip to Ukraine to stay with her relatives. She posted photos of the pretty, rural and peaceful area of Krasniy Derkul, with its “communal cow-milking field” and recalled her cousins’ smallholding with its “long garden where they grow tomatoes and sweet corn and onions”. A field at the bottom of the garden and then a river is all that separates them from Russia. Ms Lewycka also had a photo of “a home-made tractor”, something I would’ve expected because her 2005 debut novel was ‘A Short History of Tractors in Ukrainian’.

Ms Lewycka went on to note: “Ukrainians are clever, inventive, hardworking, and poor – they deserve so much better than the bunch of thieving politicians and oligarchs who have robbed them shamelessly. And they certainly don’t deserve a civil war while their ‘masters’ scrap over who should be allowed to exploit them further.”

Those observations are hideously pertinent now, when Ukraine is facing an existential crisis and a horrific toll in lives and infrastructure in a dreadful war. In a recent newspaper article (paywall), Ms Lewycka wrote about her cousin (perhaps the same one she visited nearly a decade ago?) in relation to the fracturing of ties between Kyiv and Ukrainians in the east of the country. Her cousin, she said, is a retired apolitical academic who lives in Luhansk. The cousin has not had a pension from Kyiv since 2017. It’s a sign of how things stand between eastern and western halves of Ukraine.

So who is a Ukrainian and who is not, she asks. Ms Lewycka’s family “comes from Luhansk, which is one of the so-called Russian-controlled areas of Ukraine”; her mother was born in a place that was part of Poland at the time, and her father was born in Kyiv. “We in eastern Ukraine think of ourselves as Ukrainian in the same way that a person from Yorkshire thinks of themselves as English,” writes Ms Lewycka.

And yet, she insists “there are at least two kinds of Ukrainians…But only one (my kind) is acceptable to Putin’s gang and, historically, only the western kind has been treated as truly Ukrainian by the west.”

I thought it was an interesting nuance, one that is often missed.

Click here, here and here to read the others in this series.

Tomorrow: Is Ukraine really an ancient state and what is a country if it’s not a nation? 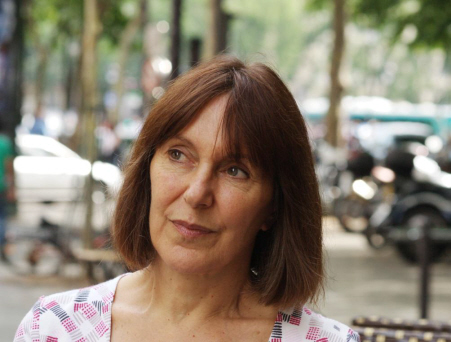