‘Royal Family’, the 1969 documentary you aren’t meant to see, has some real gems

Royalist or not, you might want to watch ‘Royal Family’, a 53-year-old documentary that was commissioned by the Queen and her husband and subsequently informally banned.

The script of the 90-minute, fly-on-the-wall film is by the late Antony Jay, who subsequently co-created the hit television series ‘Yes Minister’.

Unlike ‘Yes Minister’, ‘Royal Family’ is pretty solemn about the duty it has undertaken, which is to show the Windsors’ day-to-day life in such a way that it helps revive public interest in the institution of monarchy.

Like ‘Yes Minister’, ‘Royal Family’ is fairly amusing from time to time, even if it doesn’t mean to be. It shows, for instance, such gems as the royal family picnicking somewhere in nature, with the Queen in attendance in pearls and Prince Charles wearing a tie.

And then there is that other serious and seriously revealing bit some 10:53 minutes into the film. The Queen and her dresser are shown discussing various options for upcoming foreign visits and Her Majesty opens a box and takes out a stonking great big necklace, with a massive, deep red ruby. There should be a dress designed in order to wear this, says the Queen, going on to offer a potted guide to the history of what she calls a “fascinating necklace”. It’s from Persia and the Mughals, she says, seeming to pronounce the word “Mow-gulls”. She finishes by saying the necklace subsequently came to Queen Victoria.

That thumbnail sketch does not, of course, cover the Timur Ruby necklace, as it is called.

As ‘The Court Jeweller’, a daily blog about royal jewellery by historian Lauren Kiehna puts it, the massive rock is “a rare spinel with a complicated history and a disputed present”.

By the early 19th century, the Timur Ruby belonged to Sikh Maharaja Ranjit Singh and ultimately passed to his successor, his five-year-old brother Duleep Singh. When the young boy lost his kingdom to the British East India Company, he was forced to live in Britain. His family jewels, which included the Timur Ruby and the Koh-i-Noor Diamond, came into British possession and eventually to Queen Victoria.

As Ms Kiehna notes in her blog, “This transaction remains incredibly controversial to this day, with some depicting it as a gift exchange, others interpreting it as a part of a military treaty negotiation, and even others arguing that it was outright theft.”

Fair enough. Love and war have their own rules and logic. It is, however, interesting to see the complete lack of self-consciousness (or perhaps even self-awareness?) with which the Queen could, in 1969, handle and refer to politically controversial items from colonised lands. This is particularly significant as the repatriation debate gathers steam.

Of course, these issues are not the reason ‘Royal Family’, the documentary, came to be informally banned. Reportedly, the Queen and her family simply decided it was all a bit too intrusive. It was only in 2021 that the film was leaked onto the internet, where it remains available to watch if you look hard. Click here to watch ‘Royal Family’. 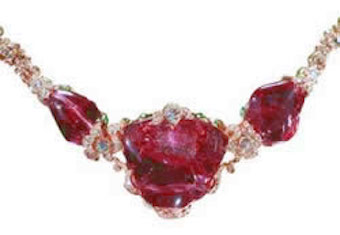